3M could face huge cleanup costs over substance in Scotchgard 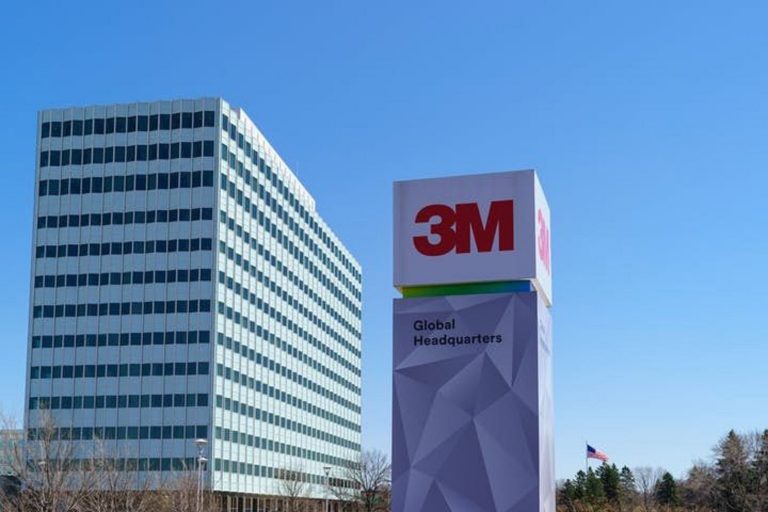 “WASHINGTON – New federal laws will soon address a national chemical pollution problem and could put 3M and other producers of per- and polyfluoroalkyl substances — better known as PFAS — into a multibillion-dollar financial bind.

Once marketed as making items ranging from clothing to cookware resistant to water, grease and heat, PFAS are being recast legislatively and legally as part of a public health crisis that could rival lead in paint and asbestos.

Substances such as 3M’s Scotchgard have been linked to cancer, reproductive problems and immune system troubles. They have sparked multiple lawsuits by states and localities. Now they face unprecedented controls and scrutiny from 35 bills in Congress, including several measures already grafted on to the nation’s must-pass National Defense Authorization Act.

‘It seems extraordinary that you have this much activity on a bipartisan scale,’ said Albert Lin, a University of California, Davis law professor specializing in environmental issues. ‘If I was 3M, I’d be very concerned. … A lot of different legal hooks might come into play.’

The financial consequences are beginning to resonate. Over a few days last week, a Wall Street analyst downgraded 3M stock because of PFAS problems. Then, the House approved PFAS control amendments to the defense bill, including a hazardous designation for all PFAS that could force 3M to pay billions of dollars in environmental cleanup costs.

The Senate has already passed a defense bill that includes new PFAS limits and monitoring. Whatever emerges from a conference committee, things appear materially worse for PFAS producers.

3M declined to comment about the impact of new PFAS laws and lawsuits on its operations except to say it is ‘currently reviewing the different proposed PFAS legislation and [is] not prepared to comment on any particular bill at this time.’

3M has lobbied on PFAS restrictions generally and on specific PFAS bills that would declare all PFAS as hazardous. Lobbying records don’t break down how much was spent on individual issues, and the company would not say what position its lobbyists took. But the hazardous designation approved by the House would place PFAS in Superfund status that obliges companies to clean up their pollution or pay the government to do so…

The extent of risk to major PFAS producers such as 3M and DuPont remains unclear, said Nick Heymann, who follows 3M for the global investment firm William Blair. However, ‘environmental remediation’ that the company faces from federal laws ‘could mushroom into a yearslong process’ that becomes ‘a permanent scar.’

3M has settled several PFAS lawsuits, including an $850 million resolution with the state of Minnesota. Still, the Maplewood-based multinational has never admitted guilt or that current levels of PFAS exposure can cause the cancer, immunity problems, low infant birth weights, thyroid issues or high cholesterol that the U.S. Environmental Protection Agency (EPA) lists as health risks.

The company voluntarily stopped making or using two of the most notorious fluorinated substances — PFOS and PFOA — under pressure from the EPA but steadfastly maintains that new versions of PFAS are safe.

The American Chemistry Council (ACC), a trade group that includes 3M, echoes that position. ACC spent $1.29 million on lobbying in the first quarter of 2019. Some of the money was spent lobbying agencies and members of Congress on a half-dozen PFAS bills. The trade group told the Star Tribune that it finds ‘several elements’ of the Senate-passed amendment to the defense bill ‘problematic from precedent-setting, process, and practical standpoints.’ The House bill goes further than the Senate bill in restricting PFAS and is likely less palatable to the industry.

ACC says evolving generations of PFAS are not toxic and that they leave the human body faster that earlier iterations. With about 5,000 different kinds of PFAS and roughly 600 in commercial use, the trade group also argues that a one-size-fits-all approach to regulation is not fair. The PFAS industry wants each individual fluorinated substance tested with the ‘best available science’ before its use is limited, as many of the bills in Congress propose…

The extent of the federal response to PFAS suggests the scope of the problem both for public health and private enterprise.

‘Congress failed to do its due diligence,’ said Rep. Betty McCollum, D-Minn., a member of the House Appropriations Committee. ‘A spotlight has finally been shined on this.’

Among other things, the Senate passed a defense bill with amendments that will order the EPA to set drinking-water limits for PFOA and PFOS and add limits for other substances they deem toxic. It will also force companies to publicly disclose release of 200 kinds of PFAS in the country’s Toxic Release Inventory.

House amendments also expand water-quality monitoring for PFAS, set incineration rules for PFAS and add the blanket designation of all PFAS as hazardous and subject to Superfund treatment. This allows the collection of billions of dollars in cleanup fees from companies making or using a hazardous substance, the U’s Klass said.

None of it, however, gets around a fundamental fact of U.S. regulatory life.

Europe, Klass said, applies ‘the precautionary principle.’ ‘You have to prove that something won’t hurt people before you can use it. We use a cost/benefit system that says its safe until it’s proven unsafe.'”