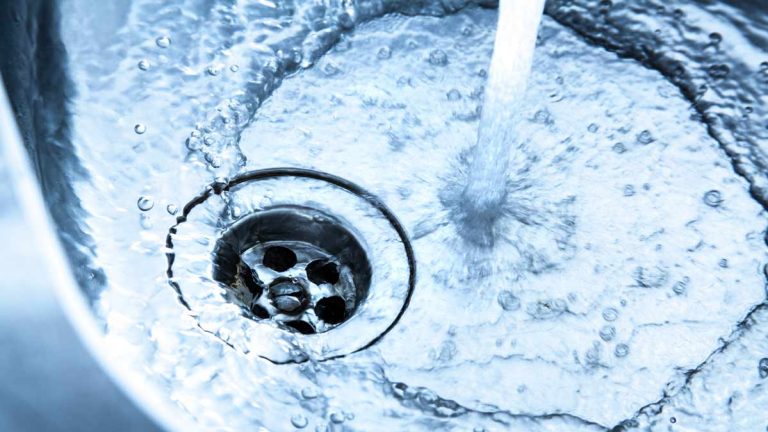 Listen to the conversation by New Hampshire Public Radio

“STEVE INSKEEP, HOST: The industrial chemicals known as PFAS – that’s P-F-A-S; it’s an acronym – those chemicals have been found in drinking water across the country, and some research suggests they are toxic. But it could be years before they’re subject to federal regulation, so some states are trying. Here’s New Hampshire Public Radio’s Annie Ropeik.

ANNIE ROPEIK, BYLINE: In 2015, Andrea Amico found out her kids and husband had been drinking highly contaminated water for years at a former Air Force base-turned-business park in Portsmouth. The water came from a well beneath her husband’s office and her toddler’s daycare. It was full of PFAS chemicals from firefighting foam that the military used for decades…

ROPEIK: PFAS are in a lot of places. They’re a key ingredient in things like Teflon and Gore-Tex. They don’t break down in nature and build up in the body, where some types have been linked to health problems – kidney and liver disease, high cholesterol, developmental and reproductive issues. There is even evidence they can create risk for cancer. Andrea Amico says knowing her kids were exposed as babies has changed her as a mom.

AMICO: Every time my kids get sick with something little or weird, my head always goes to the worst place – you know, oh, my God, something’s really wrong with them. Like, maybe this is it.

ROPEIK: Amico is among a growing number of people nationwide who’ve been pressing state governments to do something about PFAS contamination. And now, New Hampshire has. Soon, lawmakers are expected to pass some of the lowest limits on PFAS in drinking water in the country. The levels are way below how much PFAS the Environmental Protection Agency says is safe to drink.

Clark Freise is New Hampshire’s No. 2 environmental regulator. He says the state originally planned more lenient standards but tightened them after a big, new peer-reviewed study showed how mothers exposed to PFAS can pass it to their babies through breast milk.

CLARK FREISE: While a child might be ingesting this, it’s not going to come out of their body for quite a while. And that’s where there are really unique concerns around these compounds. Almost every other contaminant we look at exits the human body fairly quickly.

ROPEIK: The new rules will require all the state’s public water systems to begin testing regularly for PFAS and to put in treatment where they find it above new limits. This will not come cheap. So New Hampshire is also taking another action – filing lawsuits against companies that made and used the PFAS chemicals. Suits like this have led to big settlements in other places, and dozens more communities have filed suit in recent months. But these efforts will take years.

New York and Michigan are also proposing stringent PFAS limits, and they’re putting public funding behind it to help water systems comply. New Hampshire largely is not. It means towns may have to raise residents’ water bills or property taxes. Margaret Byrnes heads up New Hampshire’s Municipal Association. She says the state needs to put up more money to fund the new rules before it starts enforcing them.

MARGARET BYRNES: We want clean water systems. We want clean environments. But we need to know how they’re going to be paid for. And as of this point, we’re looking at these huge costs being borne entirely by the taxpayers.

AMICO: Because in the end, I think it costs us a lot more to not do anything.