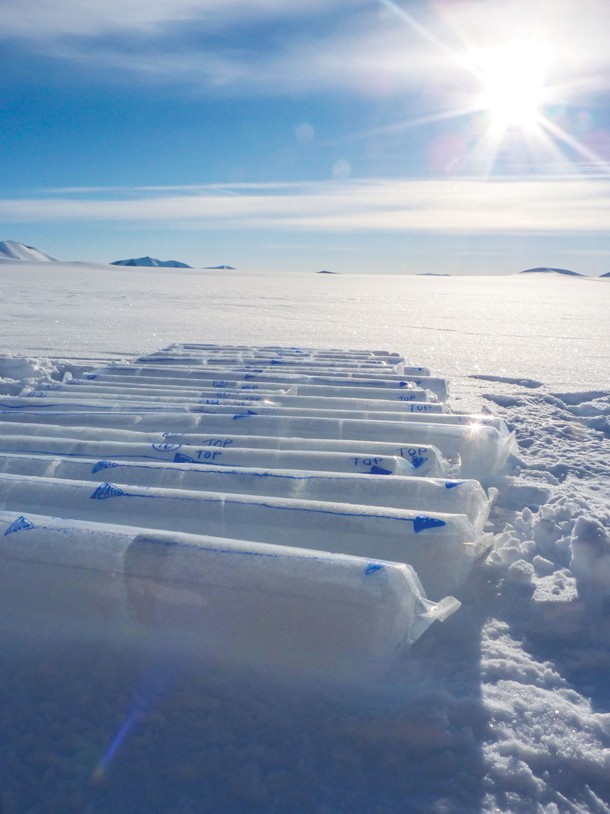 “Most countries began phasing out ozone-depleting chlorofluorocarbons (CFCs) in the early 1990s under the Montreal Protocol on Substances that Deplete the Ozone Layer. Replacing these refrigerants and propellants did the trick—the ozone layer recovered.

However, a new analysis of Arctic ice cores points to an unintended consequence of this regulation. Over the years, the compounds that replaced CFCs have been transported and transformed in the atmosphere, depositing far from their sources. As a result, short-chain fluorinated alkyl acids, which are highly mobile persistent organic pollutants, are accumulating in the Arctic, and likely all around the Northern Hemisphere (Geophys. Res. Lett. 2020, DOI: 10.1029/2020GL087535).

York University atmospheric chemist Cora Young has previously found long-chain per- and polyfluoroalkyl substances (PFAS) in Arctic ice. In her new research, she focused on smaller compounds in this class, which haven’t been studied as much. Researchers had hypothesized that levels of these short-chain compounds were on the rise since the adoption of the Montreal Protocol; Young’s team is the first to verify this by analyzing yearly levels of these compounds in ice cores, going back to 1990.

Young and Amila De Silva, a chemist at Environment and Climate Change Canada, focused on three of the smallest compounds in this class using ice cores drilled by University of Alberta glaciologist Alison Criscitiello. Each layer in an ice core represents a year of snowfall, and preserves a representative sample of what was in the atmosphere that year. Young and De Silva measured yearly levels of three PFAS in ice cores from the Devon Ice Cap in Nunavut, Canada: trifluoroacetic acid (TFA), perfluorobutanoic acid (PFBA), and perfluoropropionic acid (PFPrA). Then they used atmospheric modeling to try to deduce the sources of the compounds.

Levels of all three compounds have been increasing since 1990. Their modeling work—which uses information about chemical production, meteorology, and the atmospheric chemistry of fluoropolymers—ties two of the compounds to CFC replacements. TFA is a byproduct of hydrofluorocarbons used in vehicle air conditioners. One, the CFC replacement HFC-134a, is a strong greenhouse gas, and is currently being phased out by another, called HFO-1234yf, which has no climate impact. However, HFO-1234yf breaks down into far more TFA than the compound it’s replacing, Young says. As a result, Young expects TFA levels in the Arctic will continue to increase. Young’s analysis suggests PFBA is also a byproduct of CFC replacements. But her team was unable to pinpoint the source of PFPrA…”