Decades-old toxic chemicals are melting out of Himalayas now 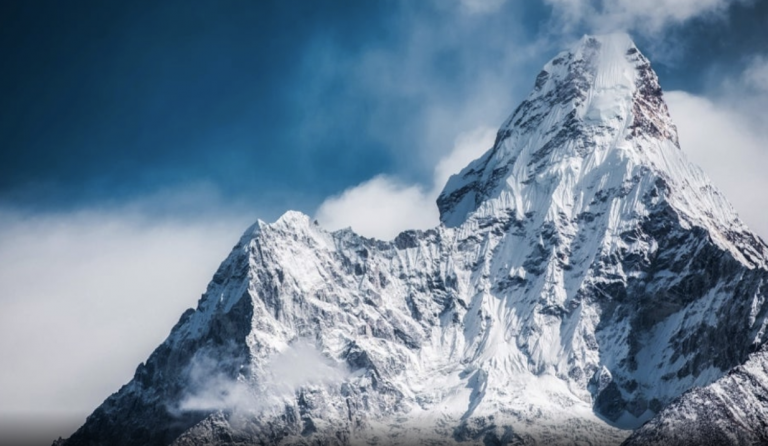 “The Himalayas, which feed numerous perennial rivers of South Asia with pristine water, have now become a source of toxic chemicals too!

According to a new study published in the Journal of Geophysical Research: Atmosphere, rising global temperatures are causing decades’ worth of toxic chemicals and pollutants trapped in Himalayan glaciers to melt out. In addition to severely affecting the fragile ecology of the mountains, the toxic melt-out is contaminating already-scarce water sources for several rivers.

As part of the research, the team led by Chinese scientist Dr Mengke Chen analysed glacial water from the Himalayas and found traces of toxic chemicals like perfluoroalkyl acids (PFAAs) that are known to cause severe health complications.

PFAAs have been linked to cancer, low infant birth weight and immune system disruption—which is why pesticides containing them have been banned in most countries. PFAAs are known to persist for centuries and accumulate among living organisms through a process called ‘bioaccumulation’. These chemicals have been extensively used in industries as stain repellents, food packaging and firefighting foams for decades.

The team found that the melting glaciers in the Nam Co Basin, at the centre of the Tibetan plateau, were releasing 1,342 milligrams of PFAAs every day. (The Nam Co basin also feeds water resources in India.) They estimate that over 1.81 kilograms of PFAAs will enter the nearby Lake Nam Co every year. The accumulation and persistence of these toxins will threaten the already-endangered aquatic life in Himalayan lakes. As the chemicals accumulate in fishes and in water, they will also likely enter the food chain and end up in human bodies.

While Himalayan glaciers look untouched and pristine from afar, they are highly vulnerable to pollutants, especially ones that travel through air. Despite being far away from the actual source of pollution, glaciers often act as cold storage units for many persistent toxic chemicals. But once the ice starts to melt, the toxic pollutants are released back into the environment…

Due to climate change, glaciers continue to melt, and with them high concentrations of water-soluble pollutants also melt and increase the risk of contamination freshwater sources.

The climate crisis has already made life difficult for people living around the Himalayas, with water sources in the region drying up in recent years. And glaciers releasing pollutants at such a steady rate isn’t helping the situation either.”