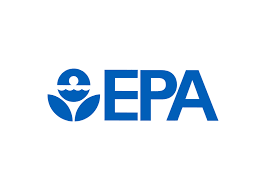 "The Enviornmental Protection Agency has withheld information from the public since January 2019 about the dangers posed by more than 1,200 chemicals. By law, companies must give the EPA any evidence they possess that a chemical presents “a substantial risk of injury to health or the environment.” Until recently, the agency had been making these reports — known as 8(e) reports, for the section of the Toxic Substances Control Act that requires them — available to the public. In 2017, for instance, the EPA posted 481 substantial risk reports from industry on ChemView, a searchable public database of chemical information maintained by the agency. And in 2018, it added another 569 8(e) reports to the site. But since 2019, the EPA has only posted one of the reports to its public website.

During this time, chemical companies have continued to submit the critical studies to the agency, according to two EPA staff members with knowledge of the matter. Since January 2019, the EPA has received at least 1,240 reports documenting the risk of chemicals’ serious harms, including eye corrosion, damage to the brain and nervous system, chronic toxicity to honeybees, and cancer in both people and animals. PFAS compounds are among the chemical subjects of these notifications.

An EPA spokesperson acknowledged the problem in an emailed response to questions from The Intercept. “Due to overarching (staff and contractor) resource limitations, the agency was not able to continue the regular publication of 8(e) submissions in ChemView, a very manual process, after 1/1/2019.” The statement went on to note: “The TSCA program is underfunded. The previous Administration never asked Congress for the necessary resources to reflect the agency’s new responsibilities under amended TSCA. These shortfalls have implications that matter to all stakeholders, not just industry.” Despite the funding challenges, the EPA pledged to try to rectify the situation."