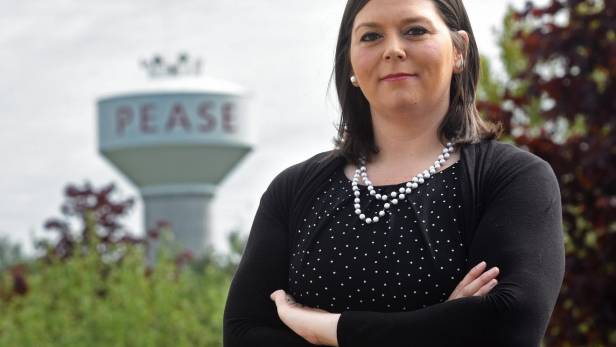 “Health officials are hosting an event at the Pease Tradeport food court Tuesday to help people to enroll in the ongoing Pease Health Study for people exposed to PFAS in drinking water at the former Pease Air Force Base.

Staff will be on site from 10 a.m. to 2 p.m. Tuesday at the 14 Manchester Square food court in Portsmouth to ‘screen people for eligibility, schedule appointments and answer questions from the community,’ according to a press release sent out by The Agency for Toxic Substances and Disease Registry (ATSDR) and the Centers for Disease Control and Prevention (CDC), the agencies conducting the study.

ATSDR and CDC officials are holding the event as part of their efforts to get more people to participate in the Pease study, which is part of the first multi-site health study conducted on people who have been exposed to PFAS chemicals.

Enrollment in the study ends Dec. 31 and the federal agencies are seeking additional adults and children to participate in the study.

Portsmouth mother and environmental activist Andrea Amico believes “it’s critically important that the community sign up for this study, which will help us learn about the impact PFAS exposure has on our health, and the health of our families.”

‘We can’t undo our exposure, we can only help to learn more about the impact of our exposure by participating in the health study,’ said Amico, who co-founded the community advocacy group Testing For Pease. ‘It’s really important that people turn out in the next month and a half to participate in the study.’

Thousands of people – including children and infants attending two day care facilities at the former Pease Air Force Base – were exposed to PFAS chemicals in the Haven well until it was shut down by the city in 2014.

The water was contaminated by firefighting foam used at the former Pease Air Force Base.

PFAS are man-made chemicals used in products worldwide since the 1950s, including firefighting foam, non-stick cookware and water-repellent fabrics. They also have a range of applications in the aerospace, aviation, automotive and electronics industries, among others.

In addition to being a suspected carcinogen, PFAS exposure can harm childhood development, increase cholesterol levels, hurt the immune system and interfere with human hormones, according to the ATSDR.”…