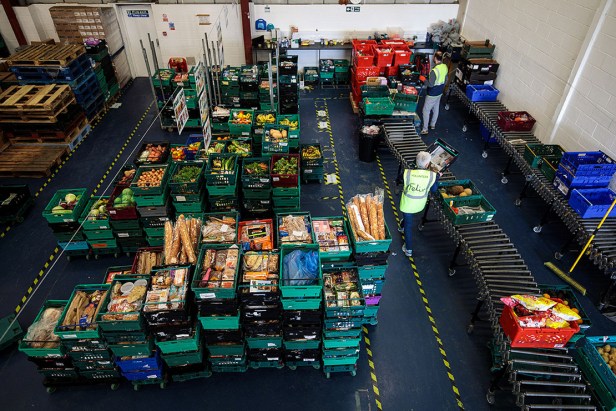 “The same types of plastic containers EPA blamed for pesticides contaminated with PFAS may also be used to store food, raising alarm bells at the Food and Drug Administration.

At issue are fluorinated containers made of high-density polyethylene, a material widely used in food packaging because it can easily seal out moisture and other temperature changes. The packaging is generally used during the manufacturing process to hold large quantities of ingredients like oils or flavorings.

This spring, EPA determined that such containers were responsible for contaminating pesticides with per-and polyfluoroalkyl substances, also known as ‘forever chemicals’ and linked to thyroid disease and cancer even at very low levels.

Now, FDA is warning the food industry that unlawful fluorination processes for similar containers could be contaminating food with PFAS, too.

In a letter sent yesterday, FDA reminded the industry that only certain fluorinated polyethylene containers are approved for contact with food. Fluorinating packaging after it has been molded, or in the presence of water, is not allowed. Only fluorine gas and nitrogen can be used during the fluorination process, FDA warned, as using other gases like oxygen or argon can cause those gases to attach to carbon atoms and create PFAS.

‘It is the responsibility of food packaging manufacturers and distributors to only market fluorinated polyethylene containers that are manufactured in compliance with FDA’s regulations,’ the agency wrote.

FDA has allowed the use of certain PFAS in packaging since the 1960s, as long as they did not exceed certain levels. It wasn’t until 1983 that the agency approved fluorination processes for high-density polyethylene containers. Even at the time, agency documents show, FDA was concerned that manufacturers not use any gases other than nitrogen and fluorine during the process. The documents, obtained by the Environmental Defense Fund under a Freedom of Information Act request and shared with E&E News, also show that the agency was worried about ‘fluorinated carbons’ — now called PFAS — contaminating foods after the fluorination process, but ultimately determined that any contamination would be too small to be of concern.”…