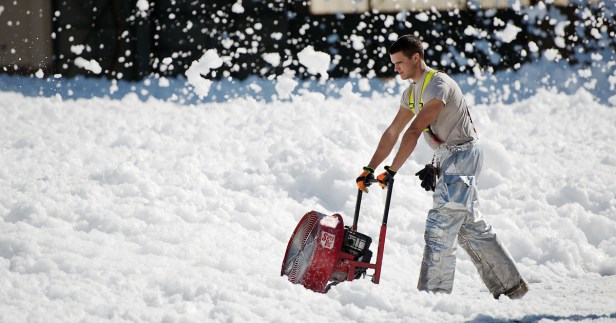 Data released by the Environmental Working Group in 2019 tracks at least 1,398 sites throughout 49 states that have seen PFAS in the water supply. Lima is included on that list due to an earlier surface test of reservoir water that found traces of the chemical.

Mayor David Berger said testing of that water source has since been repeated, and subsequent results have been unable to confirm the original findings…

Berger said he knows of one source of PFAS in the local area. The Shawnee Fire Department is equipped with PFAS-based firefighting foam to deal with any unexpected fires at local industrial and chemical plants in the township. Testing agencies have found the chemical in higher trace amounts where the foam is used.

Due to the chemical’s use throughout Ohio, Gov. Mike DeWine has since directed the Ohio Environmental Protection Agency and Ohio Department of Health to undertake further testing in order to get a better understanding of PFAS contamination in water sources throughout the state.

Test sites include water sources close to locations where PFAS is used, such as manufacturing facilities and firefighting training sites.

The State of Michigan started a similar initiative in April 2018. As a result, the state has since announced its intention to sue 17 corporate makers of the chemical, such as DuPont and 3M, for allegedly hiding information about the chemical’s toxicity from the public.

Such companies also face a class action lawsuit from an Ohio fire chief, who blames the use of the PFAS-based firefighting foam as the reason behind PFAS getting into his bloodstream. Unlike other chemicals, PFAS is retained in the body and often accumulates over time due its non-degradable nature…

Locally, the City of Lima has already carried the burden of such cost upgrades when it installed a granular activated carbon filtration system at the city’s wastewater treatment plant a decade ago. The move effectively ensures that PFAS stays out of the drinking water even if it ends up in the reservoir, Berger said…”