How Widespread are PFAS Chemicals? CT Officials Are About to Inspect More Than 2,400 Locations 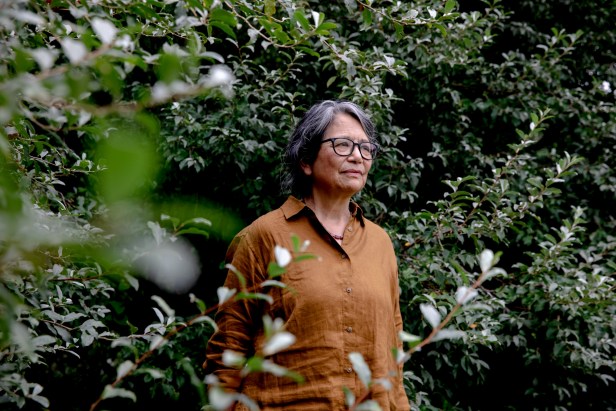 “Catherine Iino first learned that her small town of roughly 6,000 people might have a problem earlier this spring,

Iino, the First Selectwoman in Killingworth, was contacted by state environmental officials in March and informed that several water samples would need to be pulled from the wells that supplied town hall, the volunteer fire station and a nearby garage used by the local public works department.

Similar testing at a neighborhood less than a half mile to the north, she was told, showed signs of several man-made chemicals known as perfluoroalkyl and polyfluoroalkyl substances, or PFAS. The state was concerned the compounds, which have been studied for possible ties to developmental issues, thyroid disorders and several cancers, might have also found their way into other nearby water supplies.

Those worries were not unfounded, as the results would soon prove.

Several of the water samples taken from the town buildings contained concentrations of the chemicals that were far above a recommended health limit established by the state. And the results continued to get worse from there.

In the weeks that followed, state officials also sampled the wells at another 70 nearby homes to test whether their drinking water was safe and to determine how far the contaminants may have spread underground.

Roughly 34 of those private wells contained lesser amounts of the chemicals, and 15 of the wells exceeded the advised health limit, just like the tap water at the town hall.

Those results marked one of the first times that Connecticut officials uncovered widespread drinking water contamination tied to PFAS. But it is unlikely to be the last.

Connecticut’s health and environmental agencies believe there are other pockets of contamination hiding throughout the state. That’s why the agencies plan to expand their search for the chemicals, with officials fanning out to test soil, streams, fish, groundwater and drinking water sources for signs of the toxic compounds.

If additional drinking water contamination is found, it is likely to cause quite an uproar.

In Killingworth, a rural town in Middlesex County, several public meetings were organized for residents earlier this year, and the state quickly stepped in to install treatment systems to reduce the chemical concentrations in people’s tap water to safer levels.

Even so, many of the homeowners with contaminated wells remain extremely frustrated with their circumstances and the ongoing response.

Michele and Mark Krumenacker, who own one of wells that tested positive for significant levels of the chemicals, said they’ve been meeting with their neighbors to talk over the long-term implications.

The group has a lot of lingering questions: How did chemicals get into the groundwater in the first place? How will they affect their health? Will the compounds harm their children? Who is going to pay for health screenings and their water treatment in the coming decades? And what will the news of the contamination do to their property values?”…