Incinerators may spread, not break down PFAS 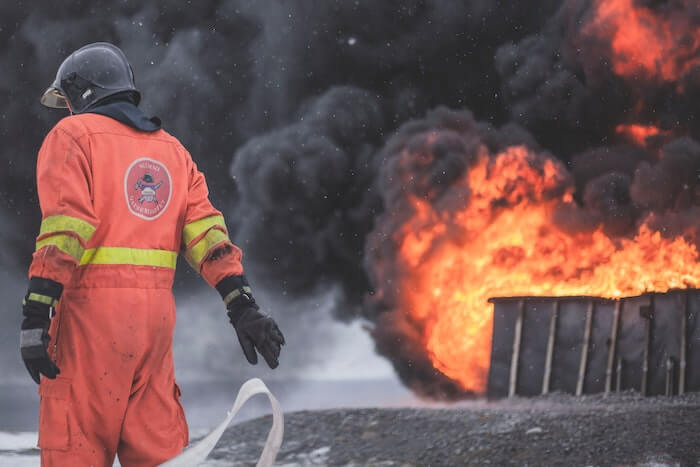 "New data suggest that commercial incineration of per- and polyfluoroalkyl substances (PFAS) doesn’t break down these hardy chemicals. Instead, it spreads them into surrounding areas.

Soil and surface water near an incinerator in Cohoes, New York, that has burned firefighting foam containing PFAS are tainted with these persistent substances, preliminary data released April 27 by Bennington College show.

In early March, a team of professors and students from the Vermont college traveled about 50 km (31 miles) from their campus to Cohoes, where they collected soil and surface water samples near the incinerator. A commercial laboratory analyzed the samples for the presence of PFAS.

The PFAS found in the samples are the same chemicals that were formerly used in firefighting foams, notably perfluorooctanoic acid (PFOA), says David Bond, a professor at Bennington College.

The new data suggest that incineration of the PFAS-containing foam at the Cohoes incinerator is not breaking down the persistent chemicals but is “redistributing them into nearby poor and working-class neighborhoods,” Bond says.

“It’s the very definition of foolhardy to try to keep burning these things,” Bond says of PFAS. “By design, they resist thermal degradation.”

The sampling was part of research that the COVID-19 pandemic interrupted, Bond says. Investigators found the early results alarming and significant for public health so they opted to release them before publication. “It’s not ethical to sit on data like that,” Bond adds."