Judge asks for crash course in the science of PFAS chemicals 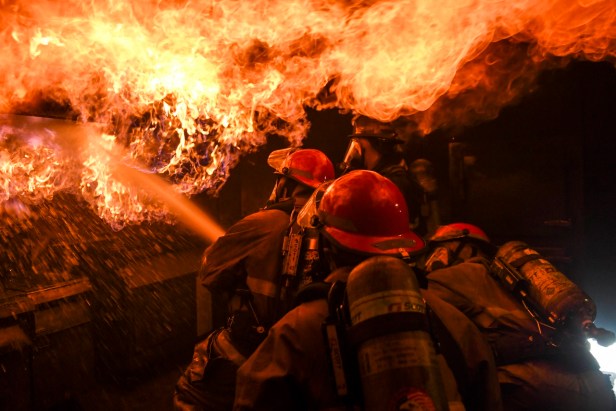 “One judge in South Carolina is recognizing his own shortcomings, at least when it comes to science: Before embarking on a major ‘forever chemicals’ case, he’s asking lawyers to arrange a crash course.

Judge Richard M. Gergel held the so-called ‘Science Day’ Oct. 4, before he begins to hear testimony in a wide-ranging product liability trial involving PFAS, or per- and polyfluoroalkyl substances that are linked to a host of health problems.

Several scientists who study these chemicals came to the judge’s courtroom in the U.S. District Court for the District of South Carolina to educate him about how the substances work, how they’re used, and what dangers they could pose.

Judges holding these types of science days in their courtrooms is a relatively recent phenomenon, said Allan Kanner, attorney with the firm Kanner & Whiteley, who is representing Vermont in this case.

Gergel’s science day may be one of the first courtroom debates over the safety, or lack thereof, of PFAS chemicals.

The lawsuit he’s presiding over revolves around the environmental fallout from using firefighting foam with PFAS. The defendants are companies that made the foam, or supplied the PFAS that went into the foam: 3M Co., as well as subsidiaries of Johnson Controls, United Technologies Corp., and others…

The testimony at the science day is solely for Gergel’s benefit and won’t be transcribed, which means it can’t be used later as evidence in the case…

However, that doesn’t mean the attorneys should take this lightly, said R. Brent Wisner, an attorney with the firm Baum, Hedlund, Aristei & Goldman.

Wisner recently worked on a large product liability suit over the weed-killing chemical glyphosate, which also involved a science day. He said plaintiffs attorneys can use the science day to say to the judge: ‘Hey look, we’re not messing around here. We have real experts and we have a real handle on the scientific complexity of the case.’

‘If a lawyer is ill-prepared,’ Wisner added, ‘it sets a really poor tone for the rest of the litigation.’…

In addition to firefighting foam, PFAS chemicals have been used in the manufacturing of Scotchgard, Teflon, and other nonstick coatings.

They earned the nickname ‘forever chemicals’ because their chemical bonds are extremely strong, making them resistant to biodegrading in the environment, or in the human body. The chemicals have been linked to health problems including thyroid problems and certain cancers.

The makers of firefighting foam are being sued by people who say their illnesses were caused by PFAS, and by municipalities and water utilities that are struggling to clean the chemicals from underground aquifers…

In a July 24 order, Gergel laid out six categories of questions he hopes will be answered on the science day, which was originally scheduled for Sept. 6 but postponed because of Hurricane Dorian.

Among them are questions about why the EPA and states have set different safety thresholds for levels of PFAS in drinking water, what specific types of ailments PFAS can cause, and whether there are any replacements for these chemicals that are as effective at putting out fires.

‘From a plaintiffs’ perspective, I don’t like science days. The defendants usually know more about science,’ he said. ‘They make the product. They have the in-house experts. They’re usually very well prepared.’ ”