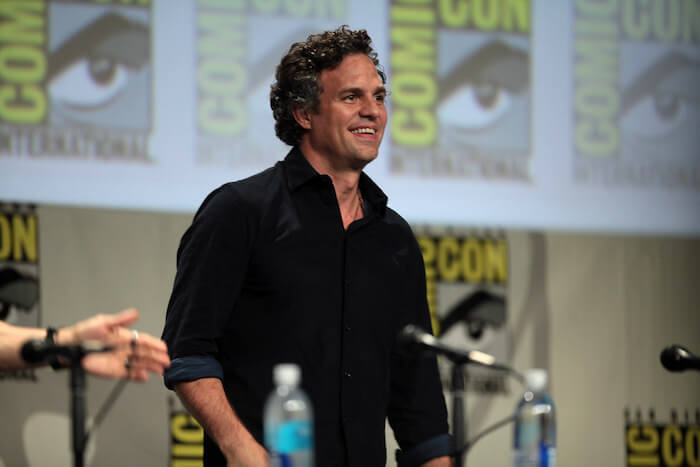 “Are we a country that is going to be responsive to people and make sure that our people remain healthy?” star of the upcoming film “Dark Waters,” asked a crowd gathered Tuesday on Capitol Hill. “Or are we going to be responsible only to the bottom line of corporations and their greed? Because right now the people are losing.”

In “Dark Waters,” which opens in theaters on Nov. 22, the Academy Award nominee plays real-life Cincinnati lawyer Robert Bilott, who sued the DuPont chemical company for polluting a West Virginia community’s water supply. In 2017 DuPont agreed to pay more than $670 million to settle 3,550 damage claims related to the exposure.

The legal thriller, being described by some as “grim” and “urgent,” is generating Oscar buzz. Some Wall Street analysts even predict the film could become a major hit, to the point that it could scuttle a potential deal as DuPont looks to sell off some of its businesses.

Ruffalo, an outspoken liberal activist, made a point to “thank these native lands for having us here,” before addressing the crowd, something he says his “native brothers and sisters” taught him.

Then, striking a decidedly populist tone, the “Avengers” actor lit into “big corporations,” and a regulatory regime he believes favors businesses over communities. Washington should place “the people and our needs and our health before the health and the economic wealth of corporations,” he said.

Ruffalo, along with Reps. Dan Kildee of Michigan and Brian Fitzpatrick of Pennsylvania, called on the federal government to make several changes to the way it regulates PFAS, or per- and polyfluoroalkyl substances, a class of chemicals that are raising serious pollution and health concerns as communities around the country discover their water is contaminated with them.