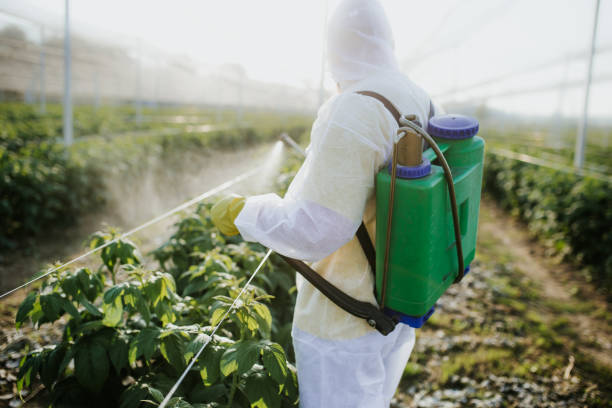 Read the full article by Christine Condon (The Baltimore Sun)

“Maryland will once again spray pesticide Permanone 30-30 to control mosquito populations, after EPA testing determined it does not contain dangerous PFAS, officials said.

The Maryland Department of Agriculture temporarily halted use of the pesticide in the state this year ‘out of an abundance of caution,’ after testing by an outside lab, commissioned by nonprofit groups, found 3,500 parts per trillion of one type of PFAS, and 630 parts per trillion of another, said MDA spokesman Jason Schellhardt.

But testing by EPA scientists at Fort Meade returned a different result.

PFAS, per- and poly-fluoroalkyl substances, are also known as ‘forever chemicals,’ because they can linger in the human body for long periods of time. Laboratory tests have shown that accumulated PFAS can cause tumor growth in animals, in addition to problems with kidney, liver and reproductive function. The most consistent findings from human epidemiology studies show that PFAS exposure can cause increased cholesterol levels, but studies have also shown evidence of problems related to infant birth weights, thyroid and immune system problems and cancer.

The chemicals were used widely in the U.S. starting in the 1940s to manufacture items like nonstick cookware and stain repellent. Military bases and other facilities often used firefighting foams that contained the chemicals, prompting fears about groundwater contamination nearby.

Ruth Berlin, executive director of the Maryland Pesticide Education Network, one of the groups that commissioned the earlier test of Permanone 30-30, said she wasn’t satisfied by the new results from EPA scientists. Eurofins, the lab that conducted that initial testing, did not respond to a request for comment about the new results from the federal government.

‘EPA tested for 28 PFAS. Now, that sounds like a lot. However, there are over 9,000 PFAS products. So a whole lot of other PFAS weren’t tested for,’ Berlin said.

As a result, Berlin said Maryland or the EPA needs to require pesticide manufacturers to conduct in-depth PFAS screenings before placing their products on the market.

‘We think it’s incumbent on EPA to be protective rather than reactive, and to really fulfill their mission to ensure that human health and the environment are protected from PFAS,’ Berlin said.”…