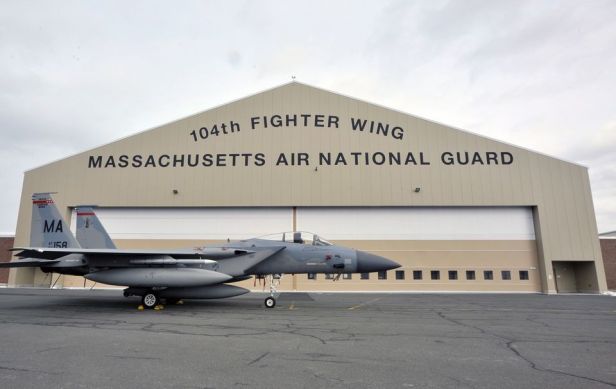 “WESTFIELD — The Massachusetts Department of Environmental Protection could get $8.4 million to step up well water testing in search of PFAS contamination from firefighting chemicals at Barnes Air National Guard Base, as well as other industrial and airport sources around the Commonwealth.

Some of the money could also be used for point-of-consumption remediation efforts, such as filters and faucets, said Stephanie Cooper, deputy commissioner for policy and planning at MassDEP.

A supplemental budget introduced Friday by Gov. Charlie Baker and his administration would also add $20 million specifically for PFAS remediation, analysis and filtration to a state revolving loan fund that finances city and town water quality projects at zero to low interest rates, Cooper said. The supplemental budget also includes another $35 million in loan money to the Clean Water Trust for water supply projects in general, not just PFAS-related projects.

Cooper said Friday she didn’t know how the revolving loan fund can help Westfield, which already bonded the cost of PFAS-removing filters for its water system. But she said she’d research it. She said that perhaps the loan fund can help finance for further projects or follow-up work…

‘This is a resource that says we can do testing sooner,’ she said. ‘We can look and find out what is there now or in the near future and we can address it.’

Testing will be voluntary and will begin soon after the budget bill passes into law, Cooper said.

Massachusetts officials are dealing with PFAS contamination in three main clusters: near Barnes, in the MetroWest region near Boston and near Joint Base Cape Cod…

Westfield officials have traced the city’s contamination to the use of firefighting foam at Barnes. The air base quit using PFAS for firefighting drills in 2015.

That suit is still pending in the federal courts.

The City Council in 2018 approved a $13 million bond that included money for the filtration work plus other unrelated improvements.

This summer, Mayor Brian Sullivan and other city officials hosted a news conference defending the performance granular activated carbon filtration the city is installing at the contaminated wells. Tests reveal that the filters are removing the contamination, officials said…”