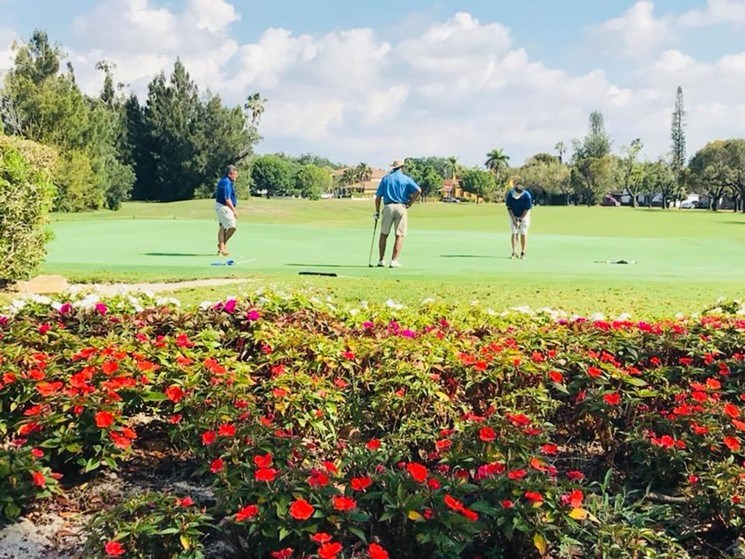 “Three wells situated on the Miami Springs golf course have been closed for nearly six months owing to chemical contamination, according to the county.

The golf-course wells supply water to the Hialeah and Preston plants off Okeechobee Road. They were shut down last August after sampling results showed elevated levels of per- and polyfluoroalkyl substances, chemicals better known as PFAS. The chemicals have been used for decades in nonstick cookware, water-repellent clothing, carpets, and products that resist grease, water, and oil, according to the federal Agency for Toxic Substances and Disease Registry.

Doug Yoder, deputy director of the Miami-Dade Water and Sewer Department, tells New Times the water from the affected wells contained higher-than-recommended levels of PFAS. But locals likely never consumed water infused with that particular cocktail of chemicals because their drinking water is a mix that comes from multiple sources, he says…

Yoder says further testing is underway and results are expected in February. Well-safety concerns at the site last cropped up in 2013, when a Miami Herald report showed officials discovered an unregistered 1,120-gallon diesel tank buried in the Miami Springs well field at the same level as the water supply…

Earlier this week, the advocacy nonprofit Environment Working Group released a report showing the organization’s testing results from municipal water sources across the country; the Miami area ranked third highest in the nation for PFAS levels.”