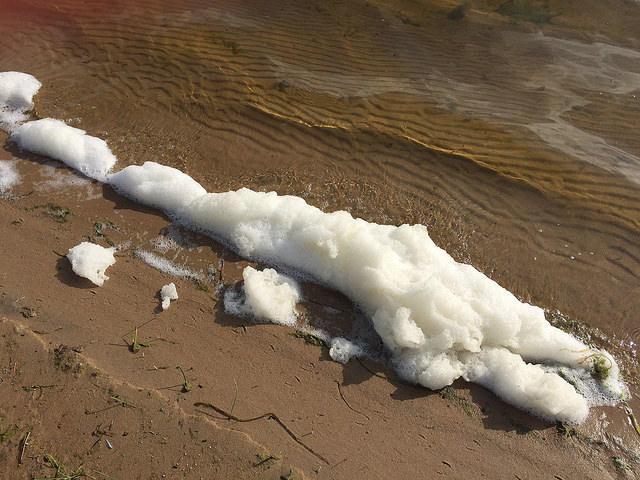 “Michigan’s efforts to advance PFAS regulation broadened this summer when it added a newer form of the toxic chemical family to its drinking water scrutiny.

The move comes as the state expects this year to start receiving laboratory test results that will show whether that chemical, known as GenX, is in its public water supplies.

GenX – which is becoming familiar across the U.S. due to industrial contamination of the Cape Fear River in North Carolina – was one of seven types of the toxic fluorochemicals named in late June by a Michigan science panel as worthy of maximum contaminant levels, or limits that the state would allow in drinking water.

If GenX remains a part of the approval process, Michigan will be the first state in the nation to set a regulatory limit for the chemical…

GenX is used as a replacement for PFOA since its use ceased in the US. According to a federal fact sheet, ‘GenX is a trade name for a technology that is used to make highperformance fluoropolymers (e.g., some nonstick coatings) without the use of perfluorooctanoic acid (PFOA).’

GenX generated an avalanche of attention and concern in North Carolina starting in June 2017 as revelations that a chemical factory run by DuPont and then its spinoff, Chemours, discharged GenX into the Cape Fear River for decades. The river is used as a drinking water source for more than 200,000 people who live 100 miles downstream in the Wilmington, N.C. area…

The chemical isn’t as well-researched as some fluoropolymers, but scientists say it is similar in makeup to PFOA and tests indicate similar adverse health effects – like links to cancer and problems with the liver, kidney, blood and immune systems. Like PFOA, it’s been used in making products like Teflon pans…

The situation pushed GenX into the national PFAS spotlight, with Congress and environmental activists using the situation among other examples – including multiple PFAS sites in Michigan – to write potential legislation and tie PFAS measures to the 2020 national military spending bill. The U.S. Environmental Protection Agency said it isn’t considering regulation of GenX amid its ongoing PFAS studies and promised action plan, but it plans more research.

‘EPA will continue to work collaboratively with partners to increase the amount national data on the occurrence of GenX chemicals in water,’ the agency wrote in November 2018.

However, it added: ‘the agency believes that exposure to GenX chemicals through the ambient air and drinking water is likely localized or regional in nature.’

That raises questions for Michigan, as state officials plan to spend the next several months evaluating whether it and six other PFAS chemicals should be regulated…

Officials at the Department of Environment, Great Lakes and Energy (EGLE) said they also believe GenX may be a regional concern and not a chemical that is among the PFAS issues in Michigan. Among concerns here involving the chemicals are widespread contamination in areas like Oscoda and the greater Rockford area; industrial discharges into the state’s surface water; fish contamination that prompted multiple ‘do not eat’ advisories; and municipal investment already totaling several million dollars.

‘Our understanding is significant GenX contamination is associated with the manufacture of those compounds,’ said Scott Dean, EGLE spokesperson. ‘They are not manufactured in (Michigan) so we do not expect to find significant concentrations here.’

Some scientists say that may not be the case.

Anna Reade, a toxicologist with the Natural Resources Defense Council, described GenX as a process, more than a chemical. Its presence started as a byproduct of making nonstick products, then it was identified in 2009 as a replacement chemical for PFOA. She called GenX ‘PFOA 2.0.’

‘It was contaminating North Carolina before (the manufacturer) purposefully switched to it,’ Reade said.

Because it could be a component in other chemicals, the presence of GenX in Michigan’s water is possible, Reade said…

Michigan’s proposed limits call for no more than 370 parts-per-trillion (ppt) of GenX in drinking water, along with the following amounts of other PFAS:

There are no regulatory standards in North Carolina for GenX. That state commissioned a report to set a provisional health goal for the chemical. It determined in August 2018 that state residents should not consume water with more than 140-ppt of GenX, an unenforceable guideline that quickly replaced an initial unenforceable guideline of 70,000-ppt. Chemours disagreed with the lower number, according to reports.

The science behind that advisory, in part, helped to drive the EPA to change its drinking water testing protocol to add GenX to the list of PFAS analytes, prompting all labs in the US that test to that standard to define the presence of GenX.

Michigan will use that new EPA test for ongoing drinking water analysis, so it will be collecting GenX data without changing procedures…

Meanwhile, in another sign of how quickly officials are reacting to GenX, in late 2018, another Michigan science panel declined to address GenX because ‘very little is known’ about the compound.

But Gov. Gretchen Whitmer in March said the state can’t wait for the U.S. Environmental Protection Agency to develop national standards, and she convened the panel…

By the time the proposed MCLs were announced in June, the scientists involved in that effort concluded that even the limited industry-driven research on GenX was sufficient to support the Michigan recommendation, said Dr. Jamie DeWitt of East Carolina University. DeWitt served on Michigan’s panel with Dr. David Savitz, an epidemiology professor at Brown University, and Kevin Cox, managing toxicologist at the NSF International in Ann Arbor…

Multiple groups in Michigan are evaluating the proposed MCLs now. Michigan plans to issue final draft numbers in October and hopes to have enforceable standards in place by late spring 2020.

‘We’re currently discussing the issue of ‘phase-in of the rule with stakeholders,’ Dean said. ‘Because we have no data on the GenX compound, systems may be required to test quarterly for it unless we can rule the likelihood of its presence out.’

He continued: ‘This issue probably won’t be resolved until the end of August when we have the draft rule ready for stakeholder review’…”