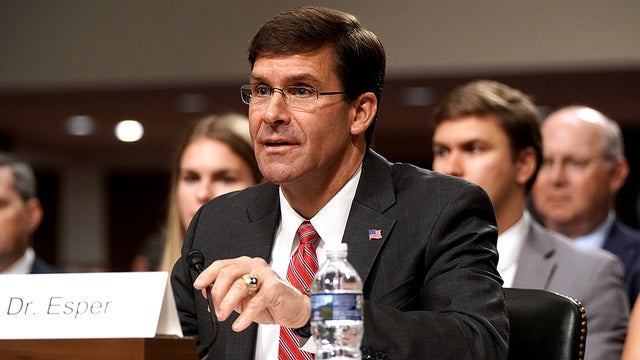 ‘The Department is committed to taking a strong and proactive stance to address the effects arising out of any releases of these substances from all defense activities including the National Guard and Reserves. We must approach the problem in an aggressive and holistic way, ensuring a coordinated DOD-wide approach to the issue,’ Esper wrote in a memo establishing the taskforce.

Esper was sworn in as Secretary of Defense late Tuesday night.

There are at least 400 military sites with PFAS contamination, and the chemical has often spread to the water supply of nearby communities. The cleanup tab is estimated to be $2 billion.

But the military has come under heavy criticism for it’s response to PFAS, including accusations the agency pushed the Environmental Protection Agency to weaken its proposed regulations on PFAS–a move likely to save the military a substantive amount of money…

Esper gave the task force six months to report back.

Lawmakers have been putting increasing pressure on the military to take greater responsibility for cleanup, including adding several measures to both the House and Senate versions of the defense policy bill that require DOD to work with states to clean up the contamination.

Those bills include the requirement to phase out use of PFAS firefighting foam, hence Esper’s directive to find a replacement.

President Trump, however, has threatened to veto the House bill, mentioning specifically the portion that requires phasing out such firefighting foams…”