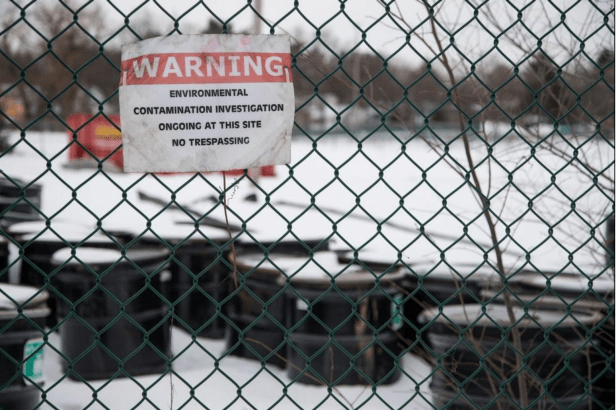 Read the full article by Kyle Bagenstose (The Intelligencer)

“The New Jersey Department of Environmental Protection quietly approved one of the nation’s strongest drinking water limits on toxic PFAS chemicals, which have drawn increasing scrutiny and public alarm over the past few years. This could make the New Jersey measure, years in the making, a legal test case for other states that have tried to implement restrictions, with federal limits likely still years away.

The New Jersey Department of Environmental Protection quietly approved one of the nation’s strongest drinking water limits on a class of toxic chemicals last week, a department spokesperson confirmed to the USA TODAY Network.

The regulations will now go to Gov. Phil Murphy’s Office of Administrative Law for final review. The development completes a DEP regulatory process that stretches back to the start of the Corzine administration in 2006.

But more pressing is what comes next, because states that previously implemented similar standards faced swift legal action from chemical companies and even the U.S. military…

Studies estimate about 98% of Americans have some level of PFAS in their blood, but New Jerseyans are believed to be particularly at risk due to the state’s density and industrial legacy. A survey of several dozen drinking water systems conducted by the NJDEP in 2010 found that 70% contained some amount of PFAS.

‘The PFAS problem in New Jersey is enormous, with PFAS being found more frequently in New Jersey than other states,’ said Tracy Carluccio, a deputy director of the Pennsylvania-based Delaware Riverkeeper Network who has advocated for PFAS regulation for more than a decade.

But how much PFAS is dangerous?

The NJDEP employs a group of scientists under its Drinking Water Quality Institute to answer such questions and draft regulations.

In 2016 and 2017, the group drafted safe drinking water limits for two of the most well-known PFAS: perfluorooctanoic acid (PFOA) and perfluorooctane sulfonate (PFOS). The limits — 14 parts per trillion (ppt) for PFOA and 13 ppt for PFOS — drew praise from advocates who felt that an advisory limit of 70 ppt for the chemicals from the U.S. Environmental Protection Agency was too high.

Among them was the Environmental Working Group, a Washington, D.C.-based nonprofit.

‘This is a public health emergency,’ said Melanie Benesh, a legislative attorney with the group. “So we do think it’s important that states are setting these limits.”

The NJDEP officially proposed implementing the new limits on April 1, 2019, opening a public comment period and kicking off a one-year clock for NJDEP commissioner Catherine McCabe to add her signature and make them official.

NJDEP spokesman Larry Hajna confirmed the rule was approved and sent to the Office of Administrative Law on March 31. Under state law, that office must then publish the regulation in the New Jersey Register for it to take effect. Hajna did not provide an estimated timeline of when that would occur.

New Jersey’s limits would place the state among the nation’s vanguard on PFAS. The EPA has yet to regulate the chemicals, only in late 2019 announcing an intention to set a federal drinking water limit. Experts say that process will likely take years, causing a number of states to scramble to create their own regulations.

The few that have gone before New Jersey have quickly had their regulations challenged in court.

New Hampshire, the only state to have adopted a lower PFOA standard at 12 ppt, was sued on the first day by a number of entities, including chemical company 3M and a water utility. A judge has put the regulation on hold and asked the state to perform additional evaluations…”