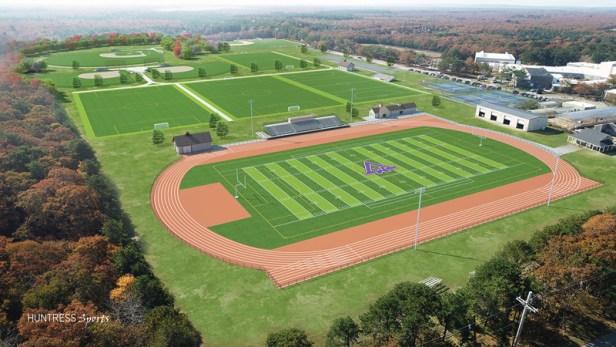 “The Oak Bluffs board of health has drafted regulations that would ban the installation, storage, and dumping of artificial turf containing PFAS. The draft regulations were released Thursday afternoon along with a board of health agenda for Tuesday, Dec. 14, where the regulations will be discussed by the board.

Under a section marked ‘purpose of regulation,’ the draft regulations state: ‘Whereas the siting of artificial turf has the potential to release PFAS and metals in drinking water supply areas; and these pollutants have repeatedly threatened  surface and groundwater quality throughout Massachusetts; and surface and ground water resources contribute to the Oak Bluffs public drinking  water supplies;  The Town of Oak Bluffs adopts the following regulation…as a preventative measure for the purpose of preserving  and protecting the quality of public drinking water drawn from our sole-source  aquifer and to minimize the risk to public health and the environment.’

The regulations define artificial turf as ‘any synthetic, carpet-like material made to resemble turf and used as a permanently installed surface for landscaping, pets, sports, putting greens, and playgrounds.’

Martha’s Vineyard Commissioner Ben Robinson, who was one of the six votes against the field project, told The Times he was unaware of the regulations. When informed about them he said, ‘I’m glad they’re doing something about it.'”…