Officials Work to Keep ‘Forever Chemicals’ Out of Baltimore’s Water 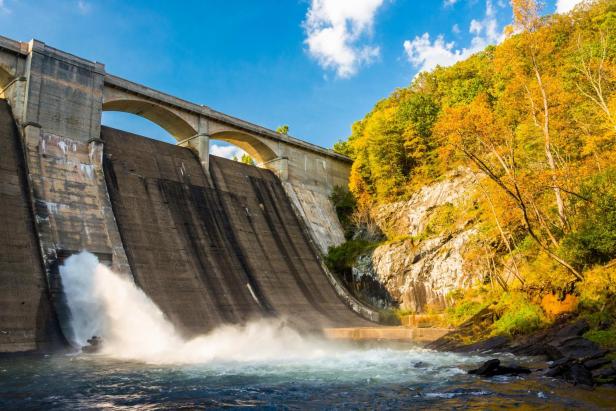 “You may not have heard of per- and polyfluoroalkyl substances, but you’ve almost certainly encountered them. Commonly called PFAS, or ‘forever chemicals,’ the family of manufactured chemicals appear in everything from the foam used to fight fires, to food packaging, to the coating on some nonstick pans.

A report out this month from The Abell Foundation—which works to solve systemic social, economic, and environmental challenges in Baltimore City—finds that Baltimore does not have worrisome levels of the chemicals in its drinking water, but recommends the city, state, and federal government all begin to take action to keep it that way.

‘What we don’t want, and what Abell didn’t want, was for things to reach a crisis before we act,’ says Rona Kobell, a longtime environmental journalist and one of the authors of the report. ‘We have time that we can do something. That’s where we are.’

What are PFAS? And where are they?

They’re strong, useful chemicals, for the same reason they’re a health and environmental hazard—PFAS were designed to be durable so they would not break down or degrade. According to the U.S. Environmental Protection Agency, exposure to PFAS can cause reproductive, developmental, kidney, liver, and immunological problems in laboratory animals, and exposure to PFAS has also caused tumors. The agency also says exposure to PFAS has been linked to increased cholesterol levels, low infant birth rates, cancer, thyroid hormone disruption, and effects on the immune system.

They are ‘chemicals that are designed with the specific purpose of being very stable,’ says Upal Ghosh, a professor of environmental engineering at the University of Maryland, Baltimore County. ‘Once they go out in the environment, we have this problem that they don’t break up on their own, because they were designed not to break up.’

Because the chemicals linger in the environment, they can build up. This is especially a problem around military bases and, in some cases, where fire departments practice and train, because of high amounts of fire-extinguishing foam being used, Ghosh explains.

One problem, Ghosh says, is that measuring for PFAS involves measuring ‘hundreds or thousands’ of different related chemicals, not just one chemical, like lead. That can make it difficult and costly to find PFAS in the water.

Are they in the water here?

Not in huge amounts. The Maryland Department of the Environment (MDE) is in its second phase of measuring for PFAS in drinking water sources around the state. In the first phase of its sampling, MDE found two wells that contained the chemicals at levels at or above the EPA’s Health Advisory Level of just 70 parts per trillion. Those wells were located in Hampstead and Westminster, both in Carroll County.

Those systems were taken offline, the department says, and will remain that way until there’s a treatment plan in place. Despite those findings, MDE did not detect PFAS at high levels in any of the water supply in Baltimore City or Baltimore County.

So, what is the state doing?

But, as the Abell report points out, Baltimore’s drinking water comes from a diffuse network of reservoirs in the region, meaning there are multiple points where PFAS could enter the water supply. Ben Grumbles, secretary of MDE, says the department is taking a three-pronged approach when it comes to monitoring the chemicals.”…