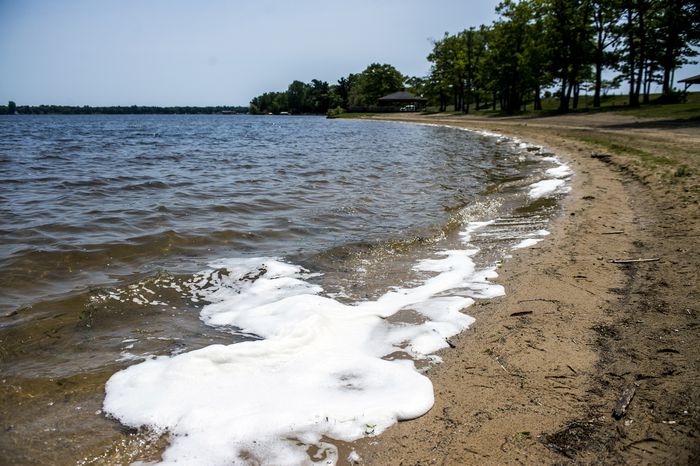 “WASHINGTON, DC — The U.S. Department of Defense must adopt a more constructive attitude toward cleaning up toxic ‘forever chemical’ pollution, say members of a bipartisan caucus in Congress that’s pushing the new administration to move swiftly on regulations that would curb exposure to PFAS chemicals in the environment.

U.S. Rep. Dan Kildee, D-Flint, called for a ‘culture change’ among leadership at the Pentagon when dealing with fluorochemical pollution cleanup during a call with reporters on Jan. 29 to announce a relaunching of the Congressional PFAS Task Force for the new legislative session.

On Friday, the task force sent a letter to President Joe Biden in which 132 members of Congress from both parties urged immediate steps to tackle the contamination problem across the nation, citing advocacy group data suggesting more than 200 million Americans are likely drinking tap water that contains at least trace levels of the chemicals.

The letter singled out not just the Environmental Protection Agency (EPA) for being slow to address the problem, but also the Department of Defense (DOD) and the Food and Drug Administration (FDA), signaling an expanding congressional focus beyond drinking water into the realm of food contamination and packaging made with PFAS chemicals.

But Kildee, who co-chairs a caucus that’s grown from 14 to 55 members since its inception in 2019, expressed special concern with the Department of Defense, which had been a major behind-the-scenes force under the Trump administration working to slow movement toward PFAS regulations and weaken potential safety thresholds.

Kildee called on the Pentagon to ‘set a better example’ and stop efforts to stave off regulation that would impact the hundreds of current and former bases where contamination has affected the health of service members and spread through drinking water and the environment.

Kildee cited difficulty in Oscoda, where progress cleaning up PFAS at the former Wurtsmith Air Force Base has been excruciatingly slow. Last year, the Air Force finally agreed to install interim cleanup measures for pollutant plumes migrating into adjacent Van Etten Lake, where they are causing toxic foams to pile on private shorelines and a public beach…”