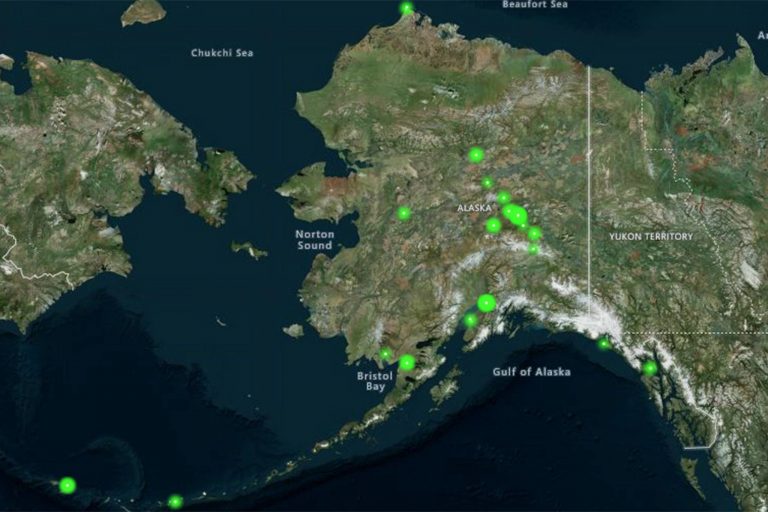 “PFAS contamination is a widespread problem in Alaska and the U.S., and addressing it is going to be costly.

Per- and polyfluoroalkyl substances (PFAS) are a group of super-resilient, man-made chemicals, which according to the Environmental Protection Agency, are associated with low infant birth weights, cancer, thyroid hormone disruption and negative effects on the immune system. They’ve been found in soil and groundwater around the country and state, including in Yakutat, Gustavus and Fairbanks.

In Juneau, soil and water samples were taken near Juneau’s Hagevig Regional Fire Training Center to test for PFAS, but results are not yet available, said Lori Sowa, project manager for City and Borough of Juneau. Testing is also planned at Juneau International Airport. Sampling at the Juneau training center cost $19,218 and was paid for out of the Capital City Fire/Rescue operating budget, Sowa said…

This fiscal year, two state departments — Department of Environmental Conservation and the Department of Transportation and Public Facilities — have so far spent almost $1 million collectively on PFAS-related costs, according to department figures.

About 10 times that could be spent around the state over the next five years, wrote DEC information officer Laura Achee in an email to the Empire.

‘The current FY20 capital budget includes a supplemental appropriation that would provide $9.4 million from the fund for the DEC and DOT PFAS groundwater contamination response that could be used over a period of five years,’ Achee wrote.

While there is an EPA management plan for dealing with PFAS, right now it’s something that’s being handled differently by different states.

In Wisconsin, that’s meant proposing a $200,000 plan for detecting PFAS. In New York it’s meant the availability of $185 million for water treatment system upgrades to combat PFAS. Some states don’t even have state-specific websites addressing PFAS.

Alaska’s spending and response lies somewhere in the middle.

‘During the current state fiscal year (FY19), DEC has spent approximately $550,000 on work related to PFAS,’ Achee wrote. ‘This reflects personnel, travel, and contractual expenditures, and includes time spent to work with responsible parties or work managed directly by DEC when a responsible party either cannot be located or is unable to respond. This total does not include the time spent by DEC management on PFAS policy issues.’

That work has been funded primarily from the Oil and Hazardous Substance Release Prevention and Response Fund, Achee wrote.

As of June 16, the DOT had spent a total of $111,583.85 on PFAS-related expenses across the Central, Southcoast and Northern regions, but expects to pay $310,248.41, according to figures provided by Sammy Loud, PFAS coordinator for the state Department of Transportation & Public Facilities…

That total includes charges not covered by the Division of Risk Management, which covers most off-airport costs.

The charges include alternative water, the safe disposal of PFAS-containing firefighting foam, environmental monitoring and sampling and more. Personnel costs were also not included…

The Fairbanks International Airport is an example of the sort of expenses that a PFAS-related project can accrue over time when employee costs are factored in. PFAS-containing foam was used at the airport for many years and soil and water samples taken in the summer of 2017 showed PFAS levels above levels that prompt a clean-up, which prompted the ongoing project.

Since November 2017, $5.23 million has been spent on that project, according to Loud. The money comes from the International Airport Revenue fund rather than state funds…”