PFAS regulations for groundwater could be imminent 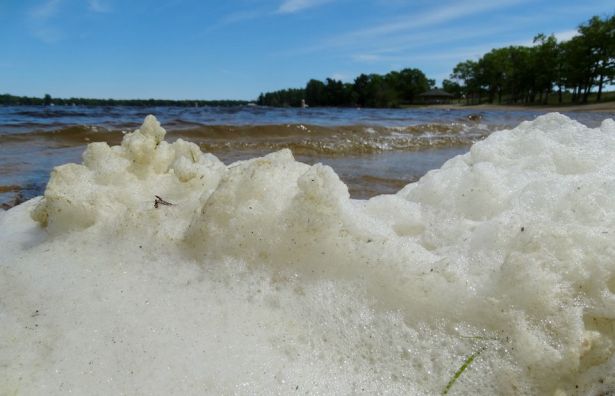 “Lathrop GPM LLP attorneys say more federal and state action on PFAS in groundwater is likely under a Biden administration, but is also possible under another Trump administration. They say companies facing potential liability should prepare for more regulation regardless of who wins the election, and they suggest specific steps to do so.

There are few certainties leading up to this year’s presidential election, but it’s a good bet that questions surrounding PFAS in groundwater—particularly the fate of federal regulations about so-called ‘forever chemicals’—could be answered soon if Joe Biden is elected.

The former vice president’s environmental plan specifically includes language about designating per- and polyfluoroalkyl substances, commonly referred to as PFAS, ‘as a hazardous substance,’ and setting enforceable limits for PFAS in the Safe Drinking Water Act.

This comes after the Trump administration in 2019 moved forward with a PFAS action plan—but as yet no regulations.

Significantly, the administrative efforts taken to regulate PFAS during the Trump administration (and even before) could position the Environmental Protection Agency to be able to move quickly next year, delivering a quick win for a Biden administration.

That win could loom large on the environmental front, especially when some of Biden’s other goals, notably related to climate change, could take much longer to implement given normal administrative and rulemaking procedures.

For companies facing possible legal action because of PFAS issues—which might stem from actions taken decades ago—potential regulations mean that it is time to get their houses in order, understand the issues and know what to watch for this November and beyond.

Known for durability and their use in everything from take-out containers to flame-retardants, PFAS can get into groundwater and lead to a host of health issues.

In recent years and without federal direction, some states have put enforceable standards in place while others await federal action. Several states are prohibited by their own laws from establishing drinking water limits more stringent than the EPA’s.

Until the EPA can promulgate a drinking water standard, ‘we have little to no authority to require monitoring, reporting, publication, notification, treatment, those types of things,’ Jerri Henry, administrator of the drinking water division of Idaho’s Department of Environmental Quality, said in August.

Those events could be put in motion more quickly under Biden, should he follow through on his plans. It’s possible, too, that if Trump is re-elected the EPA will move forward on regulating PFAS. But Biden appears poised to go faster and further. For instance, his plan also mentions ‘prioritizing substitutes through procurement,’ a likely nod to using the federal government’s purse strings to push along PFAS alternatives.

PFAS Movement Is Already Starting, So Get Ready

While the movement toward PFAS regulation has been slow, early signs of where things are headed are popping up beyond the actions of select states.

Notably, municipal wastewater treatment facilities increasingly have sought information on PFAS from customers by way of detailed questionnaires, especially to industrial users. Some wastewater treatment facilities have even started putting PFAS-limits and monitoring requirements in permits. Both trends would likely accelerate with a federal standard…”