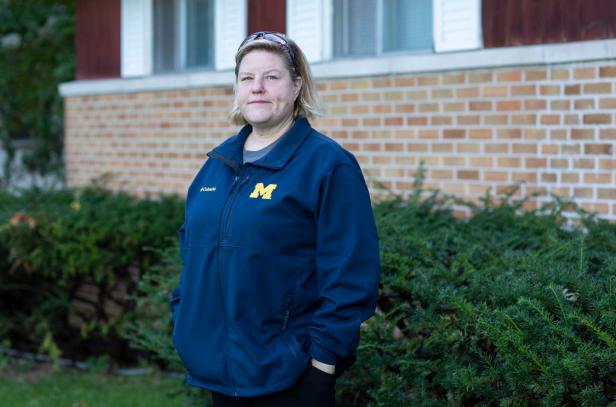 “Hillerie Rettelle was angry but not surprised after reading state environmental regulators’ behind-the-scenes justifications to delay notifying her that her water well could be contaminated with PFAS.

Rettelle lives in the East Bay Township’s Pine Grove neighborhood — a quiet place nestled adjacent to Traverse City’s commercial airport and U.S. Coast Guard air station — in one of 18 homes in the path of an underground PFAS plume.

The state response to Rettelle’s critique — as her family continued to consume the potential cancer-causing in those months — and her flag on the bureaucratic process are detailed in a Record-Eagle Freedom of Information Act request. The 160-document request details justifications for the delay, as well as talking points, protective memos and selective redactions that don’t sit well with Rettelle.

Her family should have had the choice to turn off the tap when health officials suspected a problem, she said.

‘I stand by what I’ve always thought: They should have notified us right away and given us the option of whether to drink our water while they tested,’ Rettelle said. ‘If I had to buy bottled water until they tested and got results, so be it. But it would’ve been my choice.’

Rettelle and a neighbor first told the Record-Eagle in February how they were shocked and angered when they realized how much time elapsed before anyone warned them of the risk to their families from their own water faucets.

Public backlash was swift and loud: Local officials and water conservation advocates decried the delayed public notice, and a statewide panel of citizens launched a months-long effort to convince regulators to act faster to warn people of the health dangers.

Records released in response to a FOIA request show the published article prompted a flurry of emails among dozens of state environmental, health and administrative workers over the course of several weeks.

Much of the dialogue focused on defending officials’ handling of the investigation and measuring their response against other entities like the airport or military.

They built timelines of events and justified protocols that demanded ‘actionable testing data’ before telling the public a PFAS probe was launched.

‘I’m having a hard time wrapping my head around it because that is asinine,’ Rettelle said. ‘To have that many people spend that much time on a basic timeline — what a waste of time — instead of figuring out how to make it better for the future. They wasted their time creating a timeline of everything they did right in their own eyes.'”…