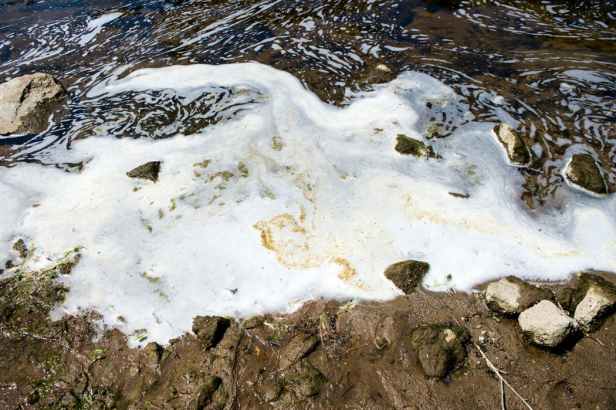 “A national environmental group is urging ‘swift PFAS cleanup’ at six Great Lakes military installations contaminated by the toxic chemicals, including the Duluth Air National Guard base where the chemicals were used in firefighting foam.

‘The potential threat to Great Lakes wildlife from PFAS contamination at (Department of Defense) sites is a local example of a national problem,’ the national Environmental Working Group said in a report released Tuesday.

The cancer-linked ‘forever chemicals’ contaminating groundwater at the base have been found in some Lake Superior fish, but no public drinking water supplies have been compromised, Minnesota regulators say.

‘We’ve got a good handle on what’s happening there,’ said Ginny Yingling with the Minnesota Department of Health’s site consultation unit. ‘I want people to feel reassured — we’re continuing to sample every year and keep an eye on things.’

The contamination was first found in Duluth more than a decade ago, but it has been detected off-base only in recent years. Two private wells out of more than 70 being monitored around the airport now have special filtration systems to remove PFAS, according to the Minnesota Department of Health. The chemicals have been linked to cancer, reproductive harm and may reduce the effectiveness of vaccines.

‘The first step is making sure folks are protected from a health risk standpoint,’ said Tim Grape, a site remediation supervisor with the Minnesota Pollution Control Agency. ‘The next step is in (the Department of Defense’s) hands to get a plan to us.’

Last month the Inspector General faulted the Department of Defense for not applying “an enterprisewide approach to mitigate the contaminant effects of all sources of potential PFAS exposure caused by DoD activities,” a report said. ‘As a result, people and the environment may continue to be exposed to preventable risks from other PFAS‑containing materials.’

The chemicals have been in the spotlight as part of an $850 million settlement between Minnesota and 3M Co., which manufactured PFAS compounds at its Cottage Grove plant during the second half of the 20th Century. Landfills around the state have also been identified as sources of PFAS contamination.”…