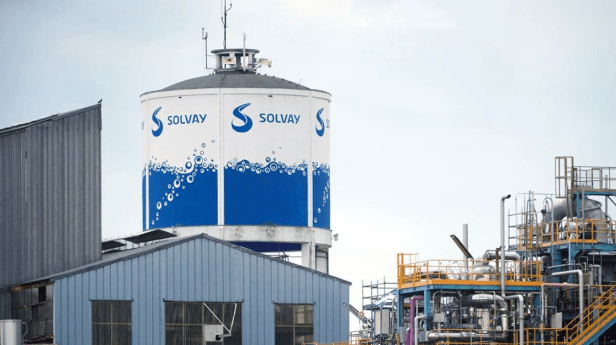 “A Canadian laboratory can no longer sell a crucial product that independent researchers rely upon to test and analyze whether a particular PFAS chemical is present in soil or water, after the manufacturer of the chemical—Solvay S.A.—threatened the lab with legal action, according to documents reviewed by Consumer Reports and interviews.

The lab, Canada-based Wellington Laboratories, specializes in making ‘analytical standards’ of chemicals, essentially pure versions of compounds that scientists can use to accurately monitor the presence and concentration of a contaminant in the environment. While the work may be obscure to the general public, for scientists, it provides a necessary tool to conduct accurate research of chemicals that little may be known about. And Solvay’s action is unprecedented, according to researchers and advocates who spoke to CR.

‘Solvay is trying to make it extremely difficult, if not impossible, for academic scientists to accurately measure this compound in the environment,’ says Michael Hansen, Ph.D., a senior scientist at CR.

Alissa Cordner, Ph.D., a sociology professor at Whitman College in Walla Walla, Wash., and co-director of the PFAS Project Lab at Northeastern University in Boston, agrees. ‘Without chemical standards, it is extremely difficult to conduct any monitoring to measure the presence and concentration of chemicals in the environment or in human bodies,’ she says.

Wellington’s product offerings previously included a standard for a Solvay-owned PFAS chemical known as C6O4, a newer variety of PFAS, for per- and polyfluoroalkyl substances, a group of compounds that includes more than 5,000 related chemicals. Many of those compounds have raised concerns because they persist in the environment for long periods of time and have been linked to learning delays in children, cancer, and other health problems. Wellington is routinely cited in academic articles for PFAS.

But late last month, Wellington’s president, Brock C. Chittim, published a letter online alerting its customers that it was discontinuing its C6O4 analytical standard permanently, after Solvay argued it violated the company’s patent rights for the PFAS chemical.

Nicole Riddell, Wellington’s quality manager, tells CR that after learning of Solvay’s position in the summer of 2020, the company was issued a ‘temporary release’ to sell the standard to the Italian Environmental Agency to facilitate investigations of C6O4 in the country. But after six months of discussions with Solvay, Riddell says, ‘We were not able to procure a license that would allow uncensored access to the standard by any research group interested in analyzing for this environmental contaminant.’

Solvay asserted that its patent extended to the ‘manufacture, use, offer for sale, and sale of C6O4 for any purpose (including standards for environmental analysis) and that we should discontinue our sales to avoid legal action,’ Riddell adds.

After negotiations fell apart, Wellington complied, according to the letter from Chittim, and the company agreed to ‘cease the production and sale of this certified reference standard.’

Independent scientists and consumer advocates were outraged by Solvay’s legal maneuver, saying it represented a virtually unheard of tactic by manufacturers that will impede research into a new and emerging PFAS chemical. Under federal law, companies that use PFAS to make products—like batteries or stain-resistant clothing—can already prohibit the public release of information about the chemicals they use by claiming it’s ‘confidential’ and secret…”