Swapping CFCs for other chemicals may have led to contaminated food 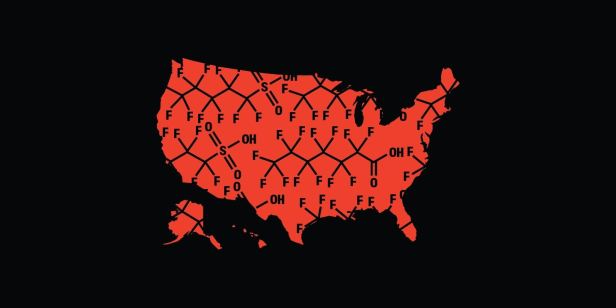 Read the full article by Brinkwire

“Reducing the use of ozone-depleting chemicals in favour of ‘greener’ alternatives may have allowed other harmful chemicals to flourish and contaminate our food.

York University researchers examined the long-term impact of the 1987 Montreal Protocol designed to limit the use chlorofluorocarbons (CFCs).

A lot of companies replaced CFCs with substances known as short-chain perfluoroalkyl carboxylic acids (scPFCAs), which don’t break down in the environment.

The researchers say scPFCAs have become more prominent since the 1990s but as they don’t break down they have instead been accumulating in the Arctic.

The move to reduce use of CFCs came from an international environmental agreement to regulate the use of chemicals depleting the ozone layer – but the new study authors say it didn’t take into account longer term consequences.

ScPFCAs are part of a group of synthetic chemicals called perfluoroalkyl substances (PFAS), also known as “forever chemicals” because they are hard to destroy.

ScPFCAs are used in automotive, electrical and electronic applications as well in industrial processing and construction industries.

Professor Young said: ‘Our results suggest that global regulation and replacement of other environmentally harmful chemicals contributed to the increase of these compounds in the Arctic.

Adding that the findings are ‘illustrating that regulations can have important unanticipated consequences.’

Young said that by properly studying the replacement compounds before more are created we can catch any problems before they ‘can adversely impact human health and the environment.’

They can travel long distances in the atmosphere and often end up in lakes, rivers and wetlands causing irreversible contamination and affecting the health of freshwater invertebrates, including insects, crustaceans and worms.

Current drinking water treatment technology is unable to remove them, and they have already been found accumulating in human blood as well as in the fruits, vegetables and other crops we eat.

Ozone depletion is the gradual thinning of Earth’s ozone layer in the upper atmosphere caused by the release of chemical compounds from industry.

‘Our measurements provide the first long-term record of these chemicals, which have all increased dramatically over the past few decades,’ said Young…”