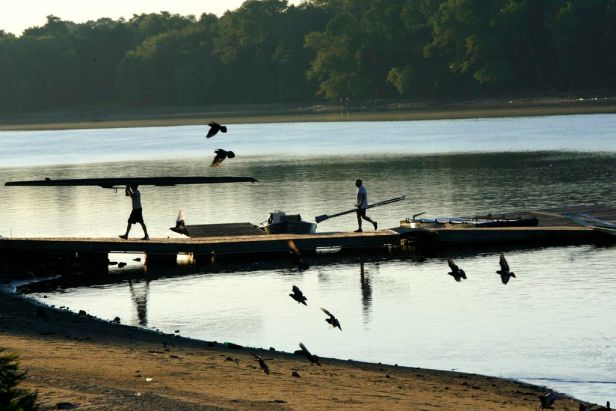 “Federal and state environmental officials have renewed a controversial permit allowing a New Hampshire landfill to send as much as 100,000 gallons a day of polluted runoff to a Lowell treatment plant that empties into the Merrimack River, a source of drinking water to more than a half-million people.

Regulators made the decision in September even though the owner of the Turnkey Landfill acknowledged this year that polluted water drained from its facility in Rochester contains exorbitant amounts of highly toxic chemicals known as PFAS, which have been linked to kidney cancer, low infant birth weights, and other diseases.

The company’s tests showed that the amount of PFAS, known as ‘forever chemicals’ because they never fully degrade, was more than 100 times higher than federal and state guidelines and more than 400 times higher than stricter standards being considered in Massachusetts. The company submitted the findings this year to New Hampshire’s Department of Environmental Services.

While the Lowell Regional Wastewater Utility treats the landfill runoff before discharging it into the river, the plant lacks the expensive equipment to filter out PFAS. Worse, environmental advocates say, the treatment process can make the chemicals more toxic, enabling them to bind in ways that make them harder to break down.

Officials at Waste Management, the Texas-based company that owns Turnkey Landfill, said it has the capability to filter out the chemicals but isn’t required to do so…

Federal regulators say tests of drinking water in communities downstream from the Lowell plant, including Andover, Lawrence, Methuen, and Tewksbury, found no evidence of harmful amounts of the six most prevalent PFAS chemicals in 2014.

But that was before the landfill signed a contract with the treatment plant in 2017 to take the waste water. The water has not been tested for PFAS since then, EPA officials said…

A report presented this year at a meeting of the Solid Waste Association of North America found that 98 landfills had reported levels of one of the most common PFAS chemicals that were well above federal guidelines.

The pollution doesn’t just potentially affect drinking water. It can be ingested by fish and other wildlife. It can also end up in fertilizers, which are derived from sludge byproducts produced by treatment plants, and end up used in agricultural fields…

[Environmental advocates] noted that Turnkey’s own testing last year found its waste water contained more than 9,700 parts per trillion of four of the most prevalent chemicals. By comparison, the EPA currently maintains a health advisory that recommends municipalities alert the public if two of the chemicals reach 70 parts per trillion in drinking water, either individually or cumulatively. Massachusetts uses the same standard, but for five of the chemicals…

In Massachusetts, environmental officials said they’re reviewing whether to update existing regulations on such discharges to the state’s waterways.

After the Globe asked questions about the pollution in the Merrimack, which was already one of the region’s most polluted rivers, DEP officials said they were working with the treatment plant to test the effluent and take water samples. Results are due back next month…”