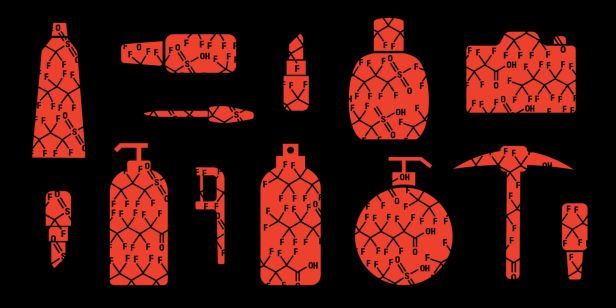 “SCIENTISTS HAVE DETAILED more than 200 uses of PFAS chemicals in 64 industrial areas, including mining, book conservation, plastics production, photography, printing, watchmaking, car manufacturing, air conditioning, fingerprinting, and particle physics. Many of the uses, which are laid out in an article published in the journal Environmental Science: Processes & Impacts, were previously unknown.

PFOA became famous for its use in Teflon, after the chemical leaked from a DuPont plant that made the coating for pots and pans into drinking water in West Virginia and Ohio. Then came the realization that PFOA, along with the closely related compound PFOS, was also in firefighting foam widely used by the military. Eventually it became clear that these compounds, along with others in the same class known as PFAS, were in microwave popcorn bags, pizza boxes, waterproof fabrics, carpeting, and dental floss. Still, the question of how these chemicals made their way from this handful of products into the bodies of most people on earth remained. The new paper sheds light on that mystery by dramatically expanding the understanding of the chemicals’ industrial purposes — and by providing the structures, uses, and unique identifying numbers for more than 1,400 individual compounds used in everyday products.Join Our NewsletterOriginal reporting. Fearless journalism. Delivered to you.I’m in

This information, which is often fiercely guarded by the companies that make and use PFAS, can be difficult or impossible to obtain. Juliane Glüge, a senior researcher at the Swiss Federal Institute of Technology in Zurich and the study’s principal author, spent almost a year digging up details about the uses of PFAS in patents, scientific papers, regulatory agencies, information from manufacturers, obscure databases, and even reporting by The Intercept. The result is an incredibly detailed picture of the extent to which PFAS chemicals, which have been shown to cause a range of health problems and persistent indefinitely in the environment, have become virtually omnipresent…”