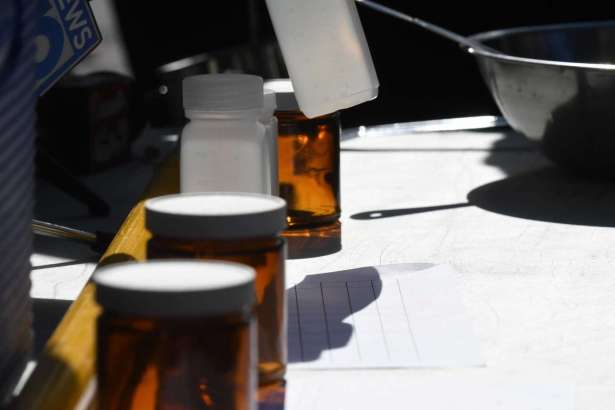 "Researchers at the University of Connecticut’s Avery Point campus said Tuesday they will embark on a multi-state effort to gain a better understanding of emergent contaminants in the nation’s water, with the backing of a new $850,000 federal grant.

Sylvain De Guise, director of the Connecticut Sea Grant Program, said the purpose of the study will be to examine the polluting effects of contaminants of emerging concern, or CECs, which he said included chemicals, cleaning products and pharmaceuticals that were developed to replace older products that became phased-out due to known concerns over their harmful effects on the environment.

‘There’s a whole new class of chemicals that we know very little about,’ De Guise said.

One example of CECs that have attracted recent interest in Connecticut are a group of chemicals known as per- and polyfluorinated alkyl substances, or PFAS, which were marketed for decades for use in firefighting foams before a series of high-profile spills along the Farmington River led to greater scrutiny of their use.

State lawmakers passed a wide-ranging ban on PFAS chemicals this year, and the Department of Energy and Environmental Protection plans to inspect thousands of wells in the state for potential contamination.”…