With PFAS everywhere, Minnesota calls for big new crackdown on the ‘forever chemicals’ 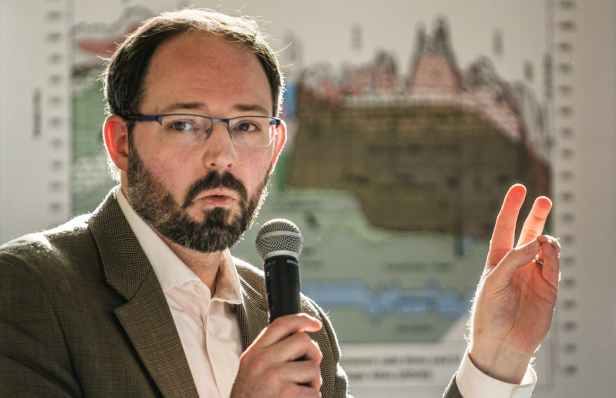 “Minnesota is rolling out an ambitious statewide strategy to tackle the toxic cancer-linked ‘forever chemicals’ polluting the state’s rivers, lakes and drinking water.

Minnesota’s PFAS Blueprint would move the state well beyond its environmental damages settlement with 3M Co. to nail the sources of ongoing contamination, prevent it and clean it up. The 10-point plan calls for designating the entire class of man-made chemicals called PFAS as a ‘hazardous substance’ in state law, for example, and would require companies to disclose any PFAS they use to regulators.

Many of the changes require state money and legislation — key challenges for implementing the plan. There are at least a half-dozen PFAS measures in play at the Legislature, including one to ban PFAS in food packaging such as takeout containers and French fry bags.

Leaders of the Minnesota Pollution Control Agency (MPCA), the Department of Natural Resources and Department of Agriculture, along with several lawmakers and environmental advocates released the blueprint Wednesday in a Zoom event.

‘These forever chemicals are everywhere,’ said MPCA Commissioner Laura Bishop. ‘And new PFAS are being invented, used in industry and incorporated into commercial products, and released into the environment every day.’

‘Despite our learnings, less than 1% of PFAS have been tested for toxicity. The gaps in our understanding of the effects of PFAS on human health and the environment is one of the primary reasons Minnesota needs a coordinated, strategic approach to PFAS.’

The issue is hardly a new one for Minnesota where regulators have been investigating PFAS for two decades. When the group was asked why it’s taken so long for a statewide strategy, Sen. Karla Bigham, DFL-Cottage Grove, said that litigation, research and difficulty passing legislation made fixes challenging…”