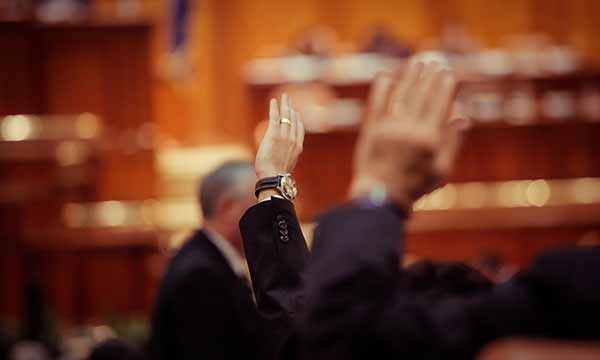 “Congress is looking at a wave of proposed PFAS legislation, including several amendments added to the military spending bill for 2020.

If the U.S. House of Representatives votes as expected this week on its version of the National Defense Authorization Act for 2020, environmental proponents say, they’re likely to include measures that would strengthen PFAS requirements for the federal government and military.

Any of those measures that survive the House and the following steps before being enacted would cause national efforts to tighten regulations on the toxic per- and poly-fluorinated chemicals to leap forward despite slower action from other federal entities, including the Environmental Protection Agency.

While the amendments ‘will not in themselves solve the PFAS problem …. they represent a very important first step,’ said Scott Faber of the Environmental Working Group.

However, initial signs from the White House indicate reluctance to endorse all of the proposals. In one point, the President’s office used quote marks around the word contamination, and signaled that the Department of Defense is only one source of contamination – something that should be considered when allocating cleanup costs…

The House may consider at least 8 amendments in the vote on the NDAA 2020 that would include movement to designate PFAS as hazardous substances under the Superfund law, accelerate cleanup contaminated areas on and around military bases, and phase-out the use of military firefighting foams containing PFAS…

Another element, introduced by Michigan Rep. Debbie Dingell, could call for packaged military field meals to no longer be wrapped in material containing PFAS. That measure in itself could help instigate further regulations for food packaging across the U.S., Faber said. So far, two states – Maine and New York – have banned PFAS in food packaging…

The issues are being tied to defense spending in part because of the PFAS found on more than 100 military bases. The pollution tends to be highly concentrated due to the use of fire-fighting foam, and in many cases it’s spreading into drinking water supplies…

Meanwhile, the U.S. Senate passed its version of the NDAA on June 27, with $750 billion earmarked for national security programs that include oversight by the Department of Defense and Department of Energy. Among 93 bipartisan amendments added include several that elevate PFAS concerns. They include:

Following the House vote, the House and Senate will have to reach consensus on a final bill to send to President Donald Trump.

The White House issued reaction to the existing proposal for NDAA 2020, listing a number of points that would cause President Trump to veto it.

Among them are two involving PFAS: