‘Allow us the right to know what the risks are’: Nonprofits continue legal battle against EPA to test PFAS for health effects 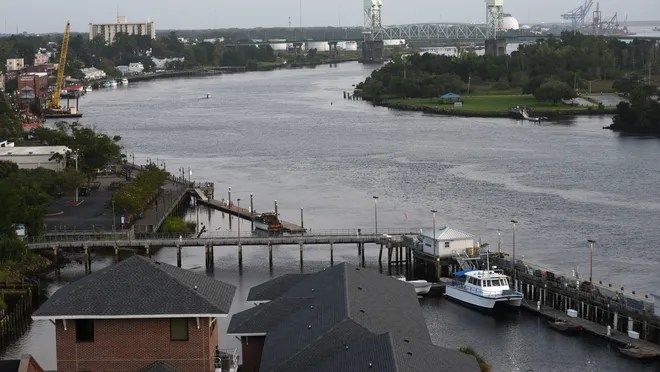 “SOUTHEASTERN N.C. — Local and national nonprofits continue to fight for the Cape Fear region impacted by contaminated drinking water. They filed their third motion with the courts Friday in ongoing litigation with the Environmental Protection Agency.

Six groups are in a legal battle with the EPA over an initial petition from Oct. 2020 to test 54 per- and polyfluoroalkyl substances (PFAS), man-made chemicals, that directly impact residents downstream of Chemours Company’s Fayetteville plant, where the contamination is disseminated.

‘There is so much sickness in this area,’ Clean Cape Fear director Emily Donovan said. ‘We know this, and so it’s unconscionable to me. It’s one of the greatest American chemical coverups in history.’

In 2017, individuals living in the Cape Fear region were made aware of chemicals contaminating the Cape Fear River, the main source that provides drinking water for over 300,000 people. Chemours, the largest U.S. producer of PFAS, had been dumping toxic chemicals into the river for more than four decades.

As a result, Cape Fear River Watch, Center for Environmental Health, Clean Cape Fear, Democracy Green, NC Black Alliance and Toxic Free NC asked for testing on the chemicals to have a better idea on long-term health effects. The EPA released a set of preliminary data for PFAS collected in July 2021.” …