‘Am I going to regret it?’: forever chemicals dilemma for breastfeeding mothers 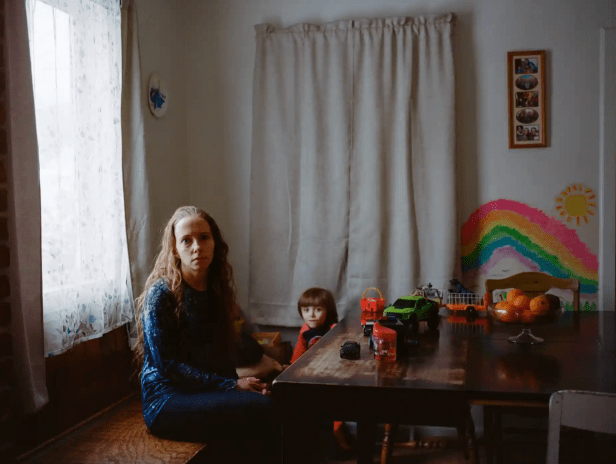 Read the full article by Sarah Hurtes (The Guardian)

“Maryann Jacobs’ heart was pounding as she opened her letterbox one snowy morning last year in Hoosick Falls, a small town in upstate New York bordering Vermont and Massachusetts.

Inside was an envelope from the New York state department of health which she knew would reveal the results from a second round of testing for several chemicals that are part of a group of about 5,000 perfluoroalkyl substances, or PFAS (often referred to as ‘forever chemicals’), in her family’s blood.

Inside that envelope was devastating news that her baby son Oliver’s results were worse than she had feared.

The town’s residents had become alarmed in 2015 when a type of PFAS compound called perfluorooctanoic acid, or PFOA, was found in the drinking water. This chemical, which was used by industry for decades to make Teflon coatings and other stain- and water-resistant products, has been linked by scientists to serious diseases.

Because Jacobs became pregnant with Oliver after the PFOA alert, he is the only family member never to drink the town’s water. Neither did Jacobs when she was pregnant or breastfeeding him. She knew some of her chemicals would pass to Oliver in her womb but because the village’s water was being filtered in early 2016, Jacobs thought that he would be mostly protected but to her horror, he was not.

When she got the testing results last winter her own previously high levels of PFOA had plummeted to practically zero but those of baby Oliver, whom she had been breastfeeding for 24 months, had soared to resemble a factory worker’s. His levels –222,000 parts per trillion (ppt) – were 100 times the national average.

By breastfeeding Oliver from 2017 to 2019, Jacobs had unwittingly transferred the chemical to him – a chemical she had come to know was classified as a carcinogen by the International Agency for Research on Cancer. Even low exposures of PFOA had been linked to several types of cancers, many of which had become common in Hoosick Falls.

‘The fear, the shock – I try not to carry the guilt, because I didn’t know,’ said Jacobs, whose son is now three. ‘I can’t stop wondering: is this why his teeth are decaying? All his teeth are cracked, and no doctors seem to be able to explain why that is,’ she said. ‘I am afraid it’s because he drank my milk.’

A French multinational, Saint-Gobain Performance, has used PFOA in its manufacturing process at a plastics plant in Hoosick Falls that it has operated since 1999, the Environmental Protection Agency (EPA) has said. The agency has confirmed PFOA contamination in the groundwater at that site, and other locations in the town, and said PFOA can pose ‘adverse effects to human health and the environment’.

Saint-Gobain and Honeywell International – which previously operated the site – have faced legal actions over the PFOA contamination in the drinking water, including an ongoing class action lawsuit. Saint Gobain said in a statement that it was committed to the ‘wellbeing of the communities’ it operates in, had backed initiatives in the town since the discovery of PFOA including installing water filtration and was working with officials.

Thousands of studies have linked a handful of PFAS to a wide variety of adverse health effects in animals and people. Some of the problems found in humans –including immune system defects, elevated cholesterol levels, liver dysfunction, weight gain, reproductive problems and testicular, thyroid and kidney cancer – have been shown to increase along with the levels of the chemicals in blood.

It is estimated that across 49 states, more than 200 million Americans’ drinking water could be contaminated with some level of PFOA or PFOS – two in a family of compounds called PFAS, which have been widely used to make hundreds of products.

In these communities, mothers concerned about potential dangers to their baby’s health have turned to doctors and health departments for guidance about breastfeeding, but six mothers the Guardian spoke to described how they had been told that no matter what, breast is always best, with some states denying them information about what is in their breastmilk by refusing testing.

A growing number of physicians, researchers and studies show that PFOA and PFOS cause short- and long-term health problems in infants, often affecting their weight and their immune system. ‘The harms of transferring these chemicals in high concentrations could outweigh the benefits of breastfeeding,’ said Dr Amalie Timmermann of the University of Southern Denmark. Some experts, like Timmermann, said that women might consider limiting breastfeeding if their levels are high and that, at the very least, they should be given the information that these chemicals are harmful and pass into breastmilk. Most women, however, are unable to make an informed decision, and are left struggling to make impossible choices.

According to Dr Linda Birnbaum, who retired as director of the National Institute of Environmental Health Sciences (NIEHS) in late 2019, the EPA knew there were health problems associated with PFAS since the 1960s. But she said in an interview with the Intercept after she left NIEHS she was not allowed to say that PFAS ’caused’ certain health effects, despite the scientific evidence. She told the Guardian: ‘I was called in 2015 by the EPA to tell me they were going to set a lifetime health advisory water limit to 70 ppt, and my response at that time was that it wasn’t a safe enough level, but it was much better than 400 ppt…’”