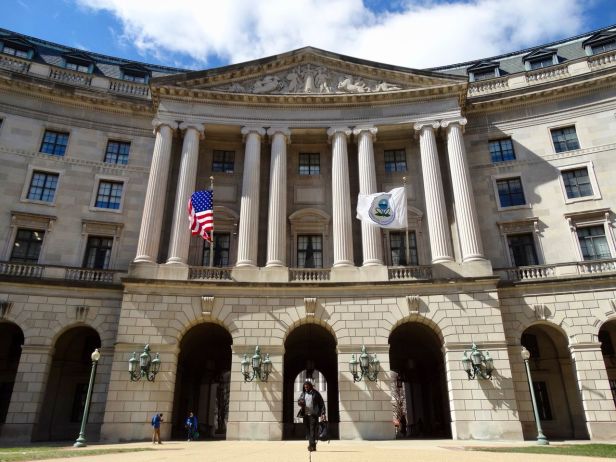 “WASHINGTON, DC — The U.S. Environmental Protection Agency under President Joe Biden has yanked back the health assessment of a notable ‘forever chemical,’ alleging the document was compromised by ‘political interference’ in the final days of the Trump administration.

The EPA announced Feb. 9 that it was removing from its website the toxicity assessment for PFBS, or perfluorobutanesulfonic acid, a PFAS compound that’s one of seven similar chemicals regulated by state law in Michigan public drinking water under rules passed last year.

The agency, which is under interim leadership pending Senate approval of North Carolina regulator Michael Reagan as administrator, says the action comes under a Jan. 27 Biden memorandum aimed at ‘restoring trust in government through scientific integrity and evidence-based policymaking.’

‘Issuing documents, like the PFBS Toxicity Assessment, that include conclusions purporting to reflect science when in fact they are the product of biased political interference undermines the agency’s scientific integrity policy and erodes the trust that the American public has in EPA, the quality of our science, and our ability to protect their health and the environment,’ said senior science advisor Jennifer Orme-Zavaleta, an acting assistant administrator.

According to The Hill newspaper, the PFBS assessment was rewritten by political officials to include a range of toxicity values that polluters could use to ‘cherry pick’ cleanup thresholds more to their liking rather than use a single numerical value put forth by EPA career scientists.

Orme-Zavaleta said the change happened late in the process, after the document had gone through a ‘pretty rigorous process of review.’

‘Historically the agency has not put out a range. We put out a reference value that can then be applied in decisions,’ Orme-Zavaleta told The Hill. ‘In the case of Superfund, this would help inform a cleanup level and if you give them a range of numbers, then whoever has to do that cleanup, they could pick a number that best suited their purposes.’

David Dunlop, an assistant administrator in the research office under Trump, disputed the characterization of changes to the health assessment, saying the final product was the result of compromises between scientists in different EPA offices.

Changes to the PFBS assessment were reported by Politico on Jan 13. The Trump EPA released the assessment on Jan. 19 as part of a last-minute announcement that it would finally begin a regulatory process to develop national drinking water standards for PFOS and PFOA, two of the most well-known chemicals in the PFAS family of fluorinated compounds.