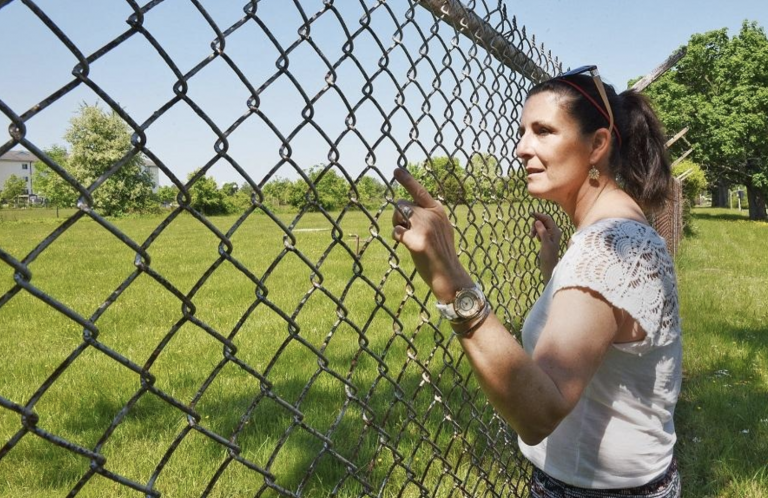 "The U.S. Centers for Disease Control and Prevention has announced its plans for a highly anticipated health study on PFAS, but the study will not assess whether or not the chemicals can cause cancer, a primary concern of impacted communities, including in Bucks and Montgomery counties.

The U.S. Centers for Disease Control and Prevention has announced its plans for a highly anticipated health study on per- and polyfluoroalkyl substances, or PFAS, which are a family of toxic chemicals being found in drinking water throughout the United States. But according to a draft planning document released by the agency, the study will not assess whether the chemicals can cause cancer, a primary concern of impacted communities, including in Bucks and Montgomery counties.

With concerns over the chemicals snowballing during the past decade, congressional lawmakers, including U.S. Sen. Bob Casey, D-Scranton, worked to include tens of millions of dollars in annual funding to pay for a nationwide health study into PFAS. The chemicals had been linked in some independent studies to a variety of health effects, including ulcerative colitis, thyroid disease, high cholesterol, immunotoxicity, reproductive and developmental issues, and some cancers, such as those of the kidney and testicles.

Funding was first approved in 2017, but the rollout has been complex. The CDC, along with the subordinate Agency for Toxic Substances and Disease Registry, first paid for two pilot studies in Bucks and Montgomery counties as well as an impacted community in New York. That study sampled the blood of some 250 people locally, finding PFAS chemicals in amounts as high as six times the national average.

The CDC then began working toward a second step, in which it will conduct between eight and 15 similar analyses in other communities around the country. The CDC has said it will use the program to inform the selection of sites for the final nationwide study. On Monday, the agency said it is now accepting applications for communities to be included in that final study, in which up to 6,000 adults and 2,000 children at up to six locations will be studied for potential health impacts related to PFAS.

According to the CDC, the study will evaluate lipids, renal function and kidney disease, thyroid hormones and disease, liver function and disease, glycemic parameters and diabetes, as well as immune response and function in both children and adults.

‘In addition, the study will investigate PFAS differences in sex hormones and sexual maturation, vaccine response, and neurobehavioral outcomes in children,’ a news release added. ‘In adults, additional outcomes of interest include cardiovascular disease, osteoarthritis and osteoporosis, endometriosis, and autoimmune disease.’

Patrick Breysse, director of the CDC’s National Center for Environmental Health, touted the study in a prepared statement.

‘This study will address the need for additional research on the health effects of exposure to PFAS in drinking water,’ Breysse said.

But not included on the list was cancer. In a draft framework document, the CDC wrote that ‘the proposed scope of the funding and sample size estimated for this health study would be too small and insufficient to evaluate cancer health outcomes.’

The CDC’s press office added Monday that ‘The multi-site health study will ask questions regarding cancer, but due to the sample size it will not be able to effectively look at the relationship between PFAS exposure and cancer as part of this study.’

Hope Grosse, a Montgomery Township resident who believes she and a family member developed cancer from their exposure to the chemicals from the former Naval Air Warfare Center Warminster, said she was disappointed.

‘The health study seemed like such a great thing, and now you look at it. What is it?’ Grosse said. ‘What are their intentions?’

Tracy Carluccio, deputy director of the environmental nonprofit Delaware Riverkeeper Network, also questioned why cancer was being left out, given that other studies on humans have found links.

‘Why CDC would not want to further establish the risk of cancer from exposure to PFAS is baffling and makes the design of the study somewhat suspicious,’ she said. ‘CDC shouldn’t design a study that will make cancer the elephant in the room that no one wants to acknowledge. The public, especially those who have been exposed to PFAS in their drinking water, wants cancer information and should be able to learn more about the risks.’

The CDC plans to solicit applications from universities, state health departments, or other entities to conduct the nationwide health study at up to six PFAS-contaminated sites across the country. Each accepted applicant will receive $500,000 to $3 million to conduct their work, according to the CDC.

Grosse said she and other advocates had been talking to interested groups with qualified researchers in the state to potentially apply to conduct a portion of the study in Pennsylvania, but are unsure how they’ll proceed.

‘We’re not committing to anything at this point,’ Grosse said, expressing skepticism because the study’s funding is flowing through military coffers.

Nate Wardle, a spokesman for the state health department, confirmed in an email the department will be applying to participate in the national, multi-site study, but said it was too early in the process to provide additional details.

There have been some analyses of cancer rates in impacted communities in Bucks and Montgomery Counties, although none have been conclusive. In 2016, an analysis of state health department data by this news organization noted the rate of bladder cancer in Warminster was more than three times the national and state averages, and among the highest rates of any municipality in either county.

Later in the year, the state health department partnered with the CDC and released a study looking at residents in three impacted ZIP codes in Warminster, Warrington and Horsham. The analysis also noted elevated rates of bladder cancer across all three areas, about 18 percent more than expected, among other findings. But it stated the results were ‘inconclusive’ and didn’t meet the CDC’s definition of a ‘cancer cluster.’

Following the study, this news organization reanalyzed state cancer data and published a report noting that the use of ZIP codes as opposed to township lines may have overlooked some elevated rates of cancer, because the water systems impacted by PFAS largely fell along township lines, not ZIP codes.

The health department then released a refined analysis in May 2018, which adhered to the water services areas. It noted elevated male bladder cancer rates across the three service areas and elevated female bladder cancers in the Warminster area, when compared to the rest of Bucks and Montgomery Counties between 2005 and 2014…"