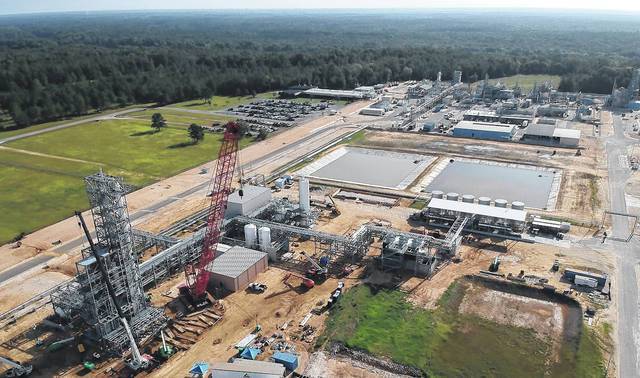 “FAYETTEVILLE — Chemours, a company with troubling history of releasing chemical contaminants into the Cape Fear River, has offered reports and proposed action items to the state Department of Environment Quality and Cape Fear River Watch.

The actions are in accordance with a court order between the three entities. Chemours, in a news release, said its work includes initial data and proposals on reducing PFAS levels from the Fayetteville Works site that reach the river.

Chemours has been under the microscope regionally since June 2017, when the StarNews newspaper of Wilmington reported GenX was being discharged into the Cape Fear River. The river supplies drinking water to some municipalities downstream, including Wilmington…

A corrective action plan is due by Dec. 31…

Chemours’ announcement this week said it is trying to determine the best approach to long-term mitigation of PFAS loading. It addresses PFAS mass entering the river from site-related sources.

There are seven recommended actions to be taken, four to be completed within two years and three that will take up to five years to complete. Chemours said these and two actions to capture and treat groundwater-releated loading sources directly at the river will significantly reduce PFAS mass entering the river at the facility on the Bladen-Cumberland county line.

Brian Long, the plant manager, said in the release, ‘Our first phase of action has been to substantially reduce current emissions, and we’ve done that. We have already achieved over a 95 percent decrease of C3 dimer acid in the river, a 92 percent reduction in air emissions of PFAS constituents, and we’ll soon be controlling 99 percent of air emissions when our Emissions Control Facility is completed at the end of this year.’

Long said when current emissions are addressed, experts can assess and understand how historic air deposition and other sources have impacted ground water.”