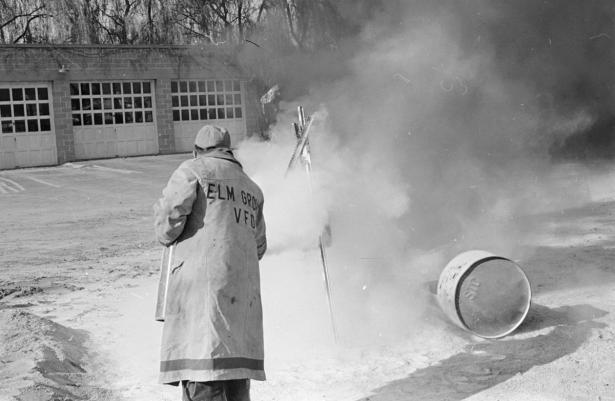 “An environmental advocacy group is suing Dane County and the Madison Water Utility over their refusal to release records relating to hazardous chemicals.

Midwest Environmental Advocates filed the cases last week in Dane County Circuit Court on behalf of Citizens for Open Government, an anonymous group of citizens who are seeking documents relating to PFAS.

MEA alleges the county and water utility violated state law by delaying or denying access to the records and is asking the courts to order their release.

The suits come as the county and water utility have come under increased scrutiny for their response to groundwater contamination from the family of synthetic compounds, which have for decades been used in firefighting foam and household products and have recently been linked to cancer and other illnesses.

On May 3, the plaintiffs submitted a request to Dane County for copies of 16 months’ worth of emails to and from County Executive Joe Parisi and his chief of staff, Josh Wescott, pertaining to contamination at the Dane County Regional Airport.

Specifically they asked for emails including the terms ‘PFAS, PFCs, perfluorinated, polyfluorinated, fluorinated, Truax, Air National Guard, F35, F-35, burn pit and fire-training area.’ Truax is a reference to Truax Field, Madison’s Air National Guard base next to the airport. F35 and F-35 are references to the new class of fighter jets that could be based there.

With a few exceptions, Wisconsin’s public records law allows members of the public to view any government record. The law does not require people making requests for records to identify themselves.

According to the complaint and documents submitted by MEA:

The county responded after 105 days with a letter and a file of unrelated records, including emails about the Henry Vilas Zoo, Alliant Energy Center expansion, holiday parties and zoning issues.

When the citizens pointed out the mistake, the county responded with another copy of the same records.

Several weeks later, after retaining MEA, the citizens sent another email clarifying their request and detailed instructions on how to perform searches in the Microsoft Outlook email platform.

In October the county provided some records, but there were no emails containing six of the keywords, including ‘F-35’ and ‘Air National Guard.’ Nor did the records include emails the plaintiffs had sent to Parisi including some of the keywords. In addition, some of the folders were empty and one of the compressed files was corrupt.

Finally, on Dec. 26, the county partially denied the request, saying the searches for hyphenated phrases such as ‘F-35’ turned up every email containing either part of the phrase — such as ‘F’ or ’35’ — and thus considered the request ‘overly broad.’

Computer databases typically allow users to search for records containing individual words — such as ‘apples’ or ‘oranges’ — or complete phrases, such as ‘apples are better than oranges.’

An online manual for the OneSource database the county uses to preserve email records explains:

To search for an exact word or phrase, enclose the text in double quotes. For example, the search term ‘George Washington’ returns items only if the exact phrase George Washington is found in its entirety. The text George A. Washington would not result in a match.