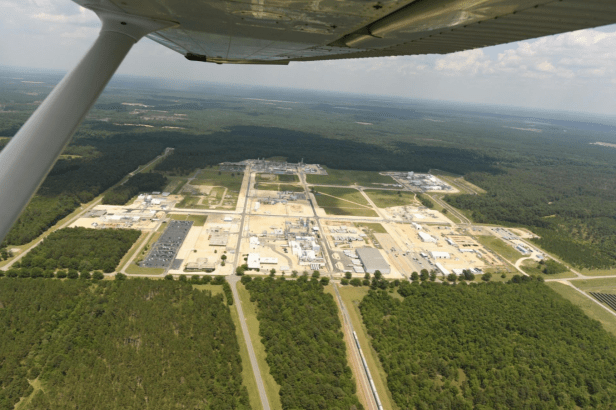 “FAYETTEVILLE — North Carolina regulators and an environmental group reached a tentative agreement in their lawsuit with the Chemours Co. on how Chemours will curb its remaining PFAS and GenX “forever chemicals” contamination of the Cape Fear River, the parties announced Thursday afternoon.

The main supplier of drinking water in the Wilmington area, the Cape Fear Public Utility Authority, said late Thursday it was not included in the negotiations, and it is unhappy that it knew nothing of the proposed deal until it was contacted by the state earlier in the day. The utility gets its water from the river.

The parties are the N.C. Department of Environmental Quality, the Cape Fear River Watch environmental organization and Chemours. The proposed deal would be an amendment to the terms of a previous lawsuit settlement regarding Chemours’ long discharge of PFAS chemicals into the river and the air from its plant on the Cape Fear River south of Fayetteville.

‘Today’s actions lay out exactly how Chemours will clean up the residual contamination they’ve caused that continues to impact communities along the Cape Fear River,’ DEQ Secretary Michael S. Regan said in a news release.

The amendment would address pollution getting into the Cape Fear River from contaminated groundwater on Chemours’ property, from contaminated surface waters there and from rainwater that picks up PFAS chemicals when it lands on the site.

The DEQ said it will take public comment on the settlement’s proposed addendum for 30 days and consider those comments before submitting it to a judge in Bladen County Superior Court.

Under the original agreement, Chemours stopped the intentional discharge of the PFAS pollutants into the water and spent $100 million to build a system to remove PFAS from the air emissions at its Fayetteville Works plant. These remedies did not address the groundwater and surface waters.

The settlement amendment announced Thursday spells out goals and deadlines for Chemours to install additional equipment and infrastructure to filter and treat the groundwater and surface waters. The company is to remove 99% of the PFAS contamination…”