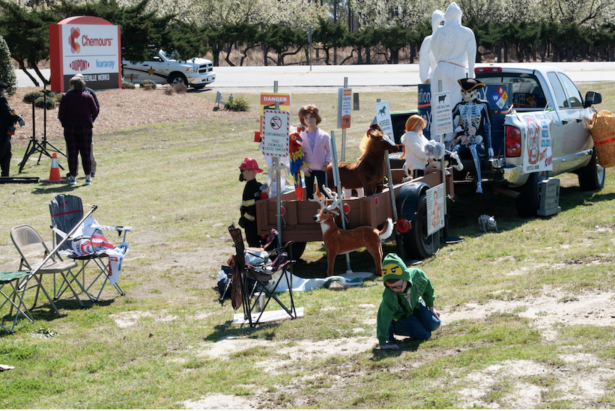 The North Carolina Department of Environmental Quality has rejected a groundwater cleanup plan proposed by Chemours, which would have left at least 70 square miles contaminated with the chemical GenX.

‘The proposed plan is clearly deficient,’ said DEQ Secretary Michael Regan in a statement released yesterday. ‘Chemours will not receive approval from this department until they address appropriate cleanup measures for the communities impacted by the contamination and meet the terms of the Consent Order.’

DEQ received over 1,240 public comments on the plan, most of which denounced Chemours’ plan as insufficient to meet the needs of the community and the demands of the law.

Chemours spokeswoman Lisa Randall told Policy Watch the company ‘feels strongly the Corrective Action Plan is robust and in full compliance with the environmental laws of North Carolina and the approved 2019 Consent Order. We are surprised and disappointed by the NCDEQ’s public statement given they have not yet provided Chemours with comment on the plan. We look forward to learning the details behind their comments.’

In a February 2019 consent order with DEQ and Cape Fear River Watch, Chemours agreed to several cleanup provisions, including removing GenX contamination to meet state groundwater standards — the lowest concentration level laboratories can measure, or as close to that “as is economically and technologically feasible.”

Because Chemours has estimated that the cleanup would cost the company ‘in the billions to tens of billions of dollars,’ it says it cannot comply with the demands of the consent order, according to the proposed corrective action plan.

Since 1980, Chemours and its previous parent company, DuPont, have discharged per- and poly-fluoroalkyl substances — known as PFAS — including GenX, from a plant south of Fayetteville directly into the Cape Fear River. The companies allowed contaminated groundwater to seep from their Fayetteville Works plant into the waterway, a drinking supply for tens of thousands of people.

The plant also emitted the chemicals into the air, which in turn fell to the ground, seeped into the soil and contaminated hundreds of private drinking water wells. GenX and other PFAS have been detected in groundwater as far as 10 miles from the plant.

Because of the lack of test data, the full extent of the toxicity of GenX is unclear. However, recent research has indicated that ‘short-chain’ PFAS are as harmful to human health as their longer-chain PFAS predecessors, some of which have been phased out because of their toxicity.

And in a draft toxicity assessment for GenX released in late 2018, the EPA said that animal studies had shown the exposure to compound through drinking water caused thyroid and liver disorders, several types of cancer, a depressed immune system and harm to a developing fetus.

‘The data are suggestive of cancer,’ said the EPA draft assessment.

Geoff Gisler, senior attorney and leader of Southern Environmental Law Center’s Clean Water Program, said that not only does Chemours’ proposed plan fail to comply with state law, it hardly commits to cleaning up any contamination at all.

‘If this were a plan that were adopted, it would let contaminated groundwater stay in the ground and not be treated. Groundwater would continue to flow offsite. The groundwater that’s in the communities around the site will continue to have contamination. The plan sets the wrong goal,’ Gisler said.

The Southern Environmental Law Center (SELC) submitted its public comment condemning the plan last week. Rather than providing a roadmap for removing contamination from the state’s water, Chemours’ plan petitions the DEQ for an exception.

‘Now, having been caught contaminating more than 70 square miles, hundreds of drinking water wells, and the river that provides water for more than 300,000 North Carolinians, Chemours makes an astonishing argument—that it should be excused from the clear requirements of the state’s groundwater rules because the harm it has caused is too vast,’ SELC’s attorneys wrote in their comment…”