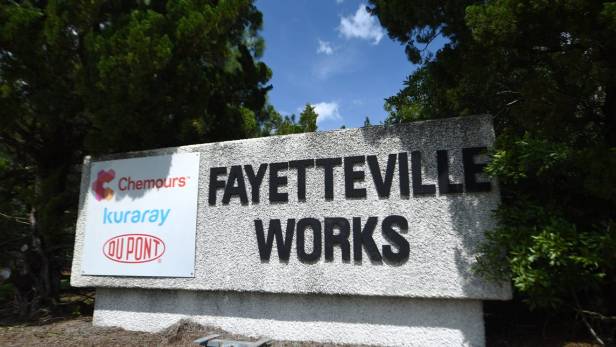 “In the wake of the disaster, researchers have started working with affected residents to understand what risks PFAS might present to humans. Scientists in North Carolina have established that many residents have extremely high amounts of PFAS in their blood.

In October, the EPA announced GenX, one of the PFAS chemicals that leaked into the Cape Fear, was more toxic than it previously estimated. It stated based upon animal studies that oral exposure to GenX has shown negative health effects on the liver, kidneys, immune system, the development of offspring and can cause cancer.

In Wilmington, researchers estimate residents ingested approximately 700 parts per trillion of PFAS every day for more than 30 years. That exposure is roughly five times the exposure goal set by the N.C. Department of Health and Human Services.

A reversal of decisions

In October, the EPA announced a national PFAS testing strategy, and the agency’s decision this week is largely a continuation of that strategy. In the first of what could be multiple phases of testing, the EPA plans to test 24 PFAS substances and extrapolate that data out to 2,950 other PFAS chemicals in the same categories as the initial 24 substances.

The six North Carolina groups originally asked the EPA to require Chemours to test 54 PFAS chemicals that the groups had found in the Cape Fear River. In announcing its decision this week, the EPA will require chemical companies to test for only 30 PFAS chemicals as part of its new national testing strategy.

Nine of the 24 PFAS substances excluded from the EPA’s decision could be part of future testing by the agency, according to the EPA, and the other 15 chemicals mentioned in the petition ‘do not fit the definition of PFAS used in developing the testing strategy.’

EPA’s decision this week is a complete reversal from what the agency decided nearly a year ago. In the last days of the Trump administration, the EPA initially rejected the petition.