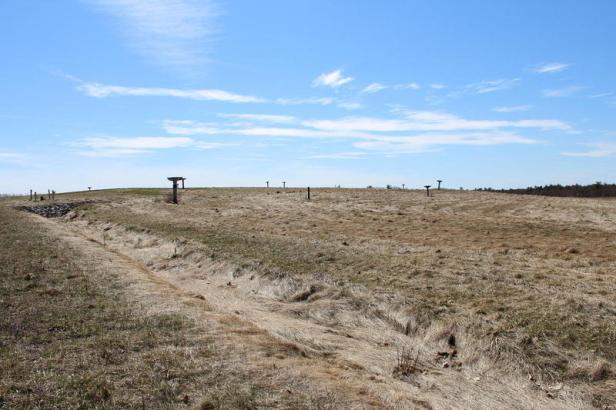 The Environmental Protection Agency gave a public update on the site Wednesday night, for the first time since 2019.

The agency says it now knows that Coakley has impacted three nearby homes with well water that’s above state limits on two harmful chemicals – PFOA, which is a common kind of PFAS, and 1,4 dioxane. They say these homes have effective point-of-use filters.

The agency says they’ll continue testing area water supplies for chemicals indefinitely. They’ve found some levels of PFAS in all of the two dozen nearby wells they’ve sampled. They say they still can’t be sure it’s all from Coakley, though neighbors remain skeptical.

PFAS are industrial compounds that were once common in a range of household and commercial products. They were found in and around Coakley in 2016, after it had been dormant as a capped Superfund site since the 1990s.

The state has since imposed new regulations on some kinds of PFAS, but they’re not subject to any federal laws. Still, they’re an increasing concern at Superfund sites around the country.

State Sen. Tom Sherman, at Wednesday’s meeting, urged the EPA to list PFAS as a hazardous substance to hasten those cleanups and get more funding from polluters. It’s one of the actions that the agency has considered under President Trump and, now President Biden, along with setting drinking water limits on PFAS…”