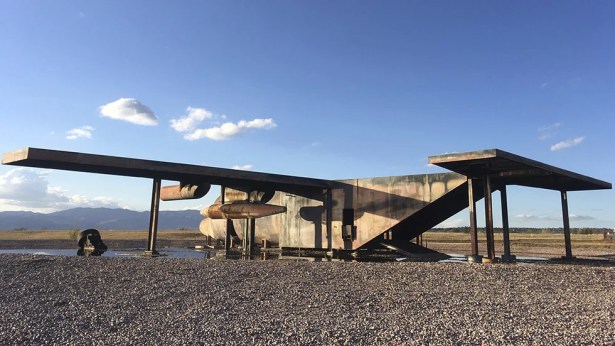 Third in a four-part series.

“Military installations are a major source of community contamination from a class of toxic chemicals called PFAS, but trying to hold the Defense Department accountable can be formidable due to a labyrinth of legal limitations.

Mark Favors, an activist and nurse originally from Colorado Springs, has seen many family members, including his grandmother, die from cancer — which he believes resulted from the discharge of PFAS, per-and polyfluoroalkyl substances, from the nearby Peterson Air Force Base.

These so-called ‘forever chemicals,’ dubbed such due to their propensity to linger in the environment, are present in a variety of household products but are most well-known for their presence in aqueous film forming foam (AFFF), used to fight jet fuel fires on military bases and civilian airports. PFAS are linked to kidney cancer, thyroid disease and other illnesses.

While there are thousands of PFAS varieties, the two most researched types are called PFOS and PFOA.

Some of Favors’s living relatives have signed on to multidistrict litigation (MDL) taking place against the companies that produced these chemicals. But Favors said that the legal hurdles associated with challenging the military in court, as well as the minimal changes that doing so could effect, have deterred him from trying to sue the Department of Defense (DOD).

‘Say you could file a lawsuit — what could we really get that would prevent this from happening? I think it’s so complex of an issue,’ Favors told The Hill. ‘To me, especially my grandma, there’s really no financial amount that could compensate me for this, so I just don’t see how it would be that beneficial.’

Nonetheless, Favors is frustrated that no practical method exists for holding the Defense Department responsible for its actions, stressing that ‘we need congressional accountability.'”…

Check out the prior article in the series.