Investigation: Dangerous and persistent chemicals discovered at a middle Tennessee military base 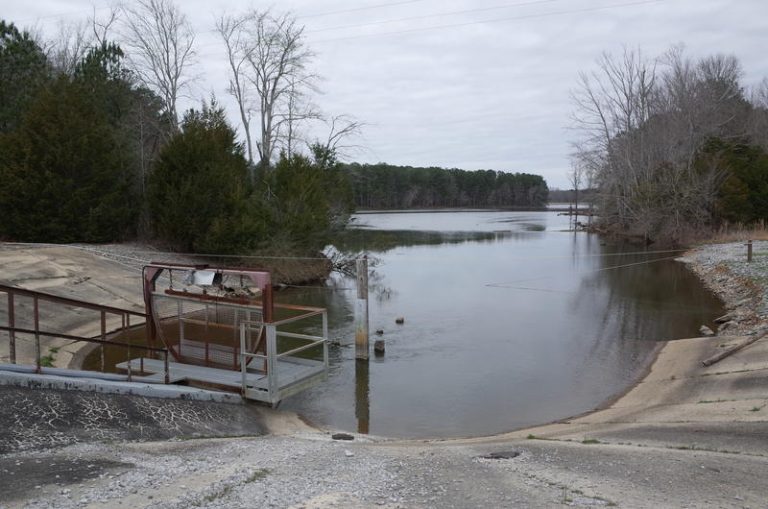 “A family of man-made chemicals known as per-and polyfluoroalkyl substances, or PFAS, is starting to gain national attention after studies have linked it to health issues, possibly including cancer.

It’s prevalent at military installations around the country — including at Arnold Air Force Base in Middle Tennessee, where it’s found at high levels in some water. And there are concerns that it could be spread.

At Arnold, a dry track of gravel-filled land has been out of use since 1983. But for nearly two decades, it was where Air Force personnel built massive fires — and practiced putting them out.

That happened twice a month, or 24 times a year, says Dennis Timmons, the base’s manager of environmental remediation projects.

Starting in the 1970s, Timmons says, they used a special foam, AFFF, to put out those fires. The foam was effective in part because it contained the class of man-made chemicals known as PFAS…

WPLN acquired that data from 2016 for Arnold Air Force Base. It found contamination in the groundwater below this fire-training site that is 2,500 times higher than the EPA’s health advisory limit. It contains two known toxic PFAS chemicals — PFOA and PFOS…

PFAS can be challenging. They’re not only soluble in water, but also don’t easily break down in the environment. So, the chemicals can migrate and stick around. That’s why at Arnold, even though some of the fire-training sites had not been used in years, they still tested positive.

Now there’s growing concern these chemicals can end up in bodies of water used by the public. In fact, in their preliminary investigations, Arnold found one test suggesting evidence of small amounts of PFAS in the nearby Woods Reservoir, where people swim and fish recreationally.

But the military hasn’t tested the reservoir directly to see if there could be more.

A map of contamination sites and detection of PFAS in tap water. CREDIT ENVIRONMENTAL WORKING GROUP AND SSEHRI AT NORTHEASTERN UNIVERSITY.

So far, the drinking water tests at Arnold have passed EPA standards, so officials say they don’t have to do more at this time. But there’s still that issue of water in streams or in the ground, like the contamination under the fire-training site at Arnold.

And, Arnold isn’t alone in this situation. The DOD has found just over 400 installations worldwide where PFAS contamination is believed to have seeped into the ground or leached into streams. That includes two others in Tennessee, according to data from the state’s environmental agency.

Tennessee formed a working group in 2017 to look at the problem. But it’s holding off on taking action, says Kendra Abkowitz of the state’s environmental agency.

‘From our perspective, we’re interested in learning more,’ she says, ‘and then developing a thoughtful and balanced and data-driven approach.’

‘I think you’re going to start seeing citizen groups and communities really putting pressure on the Department of Defense and a number of PFAS manufacturers,’ said Moser. ‘People who are swimming, fishing, playing in our rivers and streams are at risk.’

In fact, in Washington state, a group of farmers and homeowners sued the Air Force under the federal Clean Water Act. But these citizen suits can happen only if residents know about PFAS in the first place.

Awareness seems to be low around Arnold Air Force base. Only a few dozen residents attend Arnold’s semi-annual meetings on environmental issues, and the base doesn’t provide information on its website about this particular chemical.

WPLN reached out to several officials and environmental groups in surrounding cities. Most were unaware of PFAS — or its existence at Arnold.”