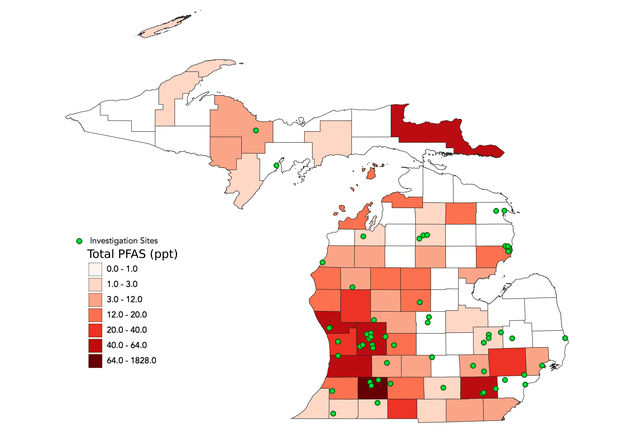 Fields PLLC of Washington, D.C., will lead the team, which is also representing the State of Ohio in opioid litigation against distributors. The Michigan contract and a press release do not specify which companies will be sued over the presence of PFAS, but it would be a safe bet to assume 3M and DuPont will be among them.

PFAS is a group of chemicals that were used in firefighting foam and consumer products like non-stick cookware and waterproof clothing. They are and will remain in the bloodstreams of almost every American, but the exact health effects of exposure are debated.

States have taken to filing lawsuits and deciding their own toxicity levels, most of which are well below a federal advisory of 70 parts per trillion. Michigan’s plan to sue over PFAS in water was announced months ago.

Congressional measures that would classify PFAS as hazardous substances under the federal Superfund law would drag plenty of companies into court.