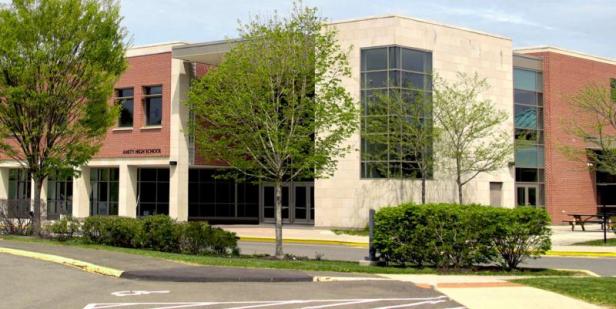 “Two neighbors of Amity High School filed an appeal in New Haven Superior Court regarding the Town Plan and Zoning Commission decision to allow excavating and moving of earth materials for construction of an artificial turf field at the Johnson Football Field.  The appeal states that the use of an athletic stadium employing artificial turf poses ‘unreasonable impacts to the health, safety and welfare of the community and the appellants.’

In his statement of facts, the attorney, Keith Ainsworth, argues that neither athletic playing fields nor artificial athletic fields for that matter, are a permitted use in a residential zone.  He argues that Woodbridge zoning regulations require a special exception permit for the excavation, removal, filling, grading and processing of earth products, and that the TPZ can grant such special exception if conditions are such that they ‘prevent damage to other property and to protect the public safety, health and general welfare.’

The Woodbridge Plan and Zoning Commission in July approved the application by the Amity Regional School District to move forward with construction of a synthetic field and track, among other things. The board attached a condition that the company installing the artificial turf, Field Turf, guarantee that the products they use not contain a group of chemicals known as PFAS or PFOS (Per- and polyfluoroalkyl substances).

The chemicals are considered highly toxic and the state last fall created the Connecticut Interagency Task Force, which developed an action plan to address these chemicals.  The appeal recognizes that the commission attempted to impose a condition with respect to PFAS/PFOS, but calls that condition ‘arbitrary and capricious’ in that it is unenforceable and unreasonably vague…”