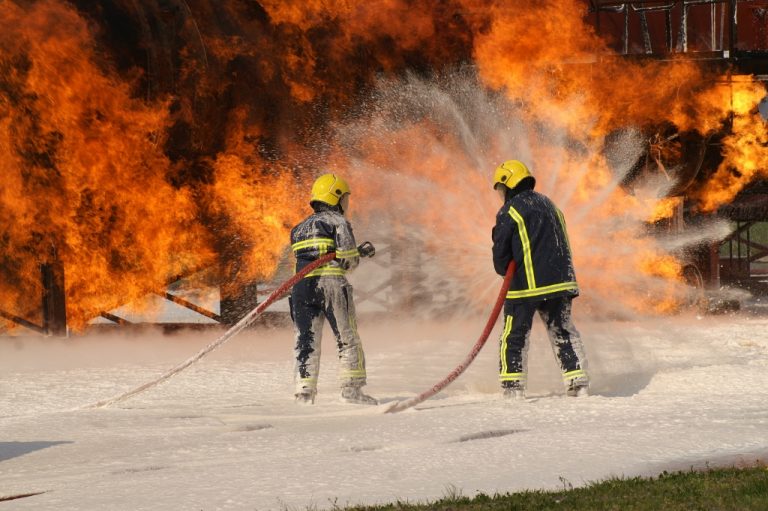 “New Jersey filed a lawsuit Tuesday against eight manufacturers and sellers of firefighting foam that included forms of Per- and polyfluoroalkyl substances, or PFAS, a class of unregulated toxic chemicals that has polluted soil and water nationwide.

The lawsuit, filed in the state’s Superior Court, alleges consumer and environmental fraud.

New Jersey Attorney General Gurbir Grewal says the eight companies knew for decades that PFOA and PFOS used as a main component of firefighting foam would contaminate the environment.

‘The corporations we’re suing today knew full well the health and environmental risks associated with this foam, and yet they sold it to New Jersey’s firefighters anyway,’ Grewal said. ‘Their conduct was unconscionable, and we’re going to hold these companies accountable.’

The complaint says after use in fighting fires or in routine training sessions, foam-laced water runoff polluted streams, rivers, lakes and underground aquifers.

The lawsuit builds on recent actions by the state to have manufacturers such as DuPont and 3M pay for cleanup. In addition to DuPont and 3M, other companies named in the suit are Tyco Fire Products, Chemguard, Buckeye Fire Equipment Company, Kidde-Fenwal, National Foam, and The Chemours Company.

PFAS chemicals were also used in stain-resistant clothing, non-stick cookware, and flame-retardant products. They are known as the “forever chemicals” because they stick around in people and in the environment. Scientists are just beginning to research the impacts to public health. Research has linked exposure to health problems ranging from high cholesterol to certain cancers.

The lawsuit claims product liability, negligence and creating a public nuisance. The claims under the Consumer Fraud Act relate to ‘deceptive and fraudulent business practices’ in advertising and selling their products to local fire departments.

The New Jersey Department of Environmental Protection found that three lakes surrounding Joint Base McGuire-Dix-Lakehurst to have ‘significant damage’ from the chemicals and advised residents not to eat the fish, according to the complaint.

The lawsuit also points to ‘elevated levels’ of PFOS and PFOA in Atlantic City’s water reserves. The state expects to find more contamination as it continues to measure the chemicals…”