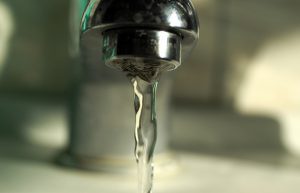 “The state Department of Health recommended new drinking water standards for three chemicals on Monday, the first time in nearly 20 years new contaminants would be regulated in New York.

The proposed limit for 1,4-dioxane of 1 part per billion would be a first in the nation, according to state health officials. The chemicals known as PFOS and PFOA each would be limited to 10 parts per trillion.

‘We’re proposing the most protective levels in the nation for three emerging contaminants to ensure we are regularly testing and fixing water systems before they ever rise to a public health risk in any part of the state,’ Gov. Andrew M. Cuomo said in a statement.

Health Commissioner Dr. Howard Zucker’s recommendations for maximum contaminant levels, or MCLs, follow limits put forward in December by a panel of health experts, state officials and drinking water providers that the state had convened. The chemicals have been found in New York drinking water supplies from Montauk to Hoosick Falls.

Water providers have warned that costs for treatment could double water rates and top $1.5 billion, including an estimated $840 million for treatment of 1,4-dioxane alone.

Adrienne Esposito, executive director of the Farmingdale-based Citizens Campaign for the Environment, called the announcement ‘a critical, necessary victory for public health. These chemicals are all linked to severe health impacts, including cancer’…

Some environmental groups had pushed for even tougher standards for the chemicals than those recommended Monday, citing risks to public health from long-term exposures…

Maureen Cunningham, senior director for Clean Water at Environmental Advocates of New York, said in a statement, ‘This long-awaited first step puts New York on a path to cleaner drinking water. … However, recent science shows that there is likely no safe level of these chemicals, and the state MCLs must reflect this’…

PFOS has been detected at Gabreski Air National Guard Base in Westhampton Beach, near a fire training academy in Yaphank and near the East Hampton airport. The state in December estimated 23 percent of public water wells in New York would need treatment for PFOS and PFOA.

A Notice of Proposed Rulemaking in the New York State Register was submitted Monday. It is expected to be published on Wednesday, July 24, and that is when a 60-day public comment period will begin. Public comments can be sent to [email protected].

Following assessment of public comments, the proposed regulation will either be revised or submitted for adoption by the Public Health and Health Planning Council, subject to the approval of the commissioner of health. The regulation will go into effect upon publication of a Notice of Adoption in the New York State Register.

Once adopted, public water systems would have to test their water and comply with the adopted MCLs. Most water supplies will need to submit their first round of test results within three months of rule adoption.”