Next President must address water crisis 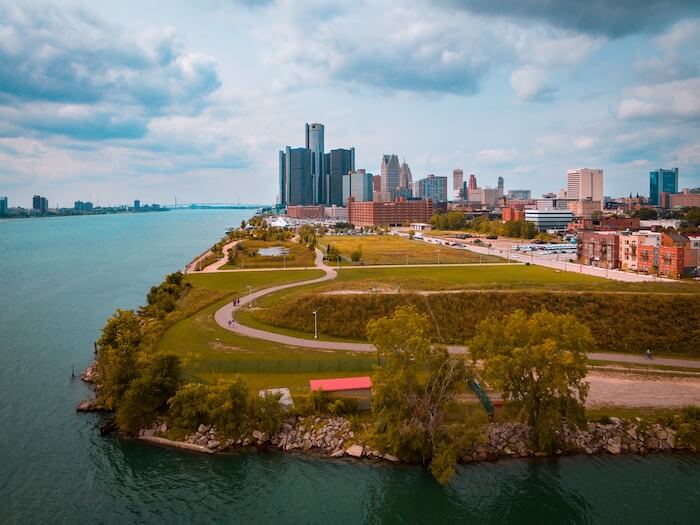 "Democratic candidates for president are descending on Detroit for the next series of campaign debates.

While they are in our state, the presidential candidates will be surrounded by the Great Lakes. But despite being surrounded by the world’s largest freshwater supply in the world, the sad irony is that right now in Michigan, many families don’t have access to clean drinking water in their homes.

In the richest country in the world, this is an absolute disgrace. On the debate stage this week, this public health crisis deserves the attention of every presidential candidate.

I was born and raised in Flint –– the birthplace of General Motors and the city that helped to build America’s middle class. Flint was home to the Sit Down Strike, which led to the rise of the United Auto Workers and the modern-day labor movement. But for the last five years, Flint has been in the headlines for an entirely different reason.

By now, most know the story of Flint’s water crisis. State officials, obsessed with budget cuts, switched Flint’s water source to save money. These same state officials also failed to treat the city’s water properly, resulting in dangerously high levels of lead leaching into the homes of 100,000 residents. Almost immediately Flint families recognized there was a problem, but state officials dismissed them, telling them to just “relax.”

Sadly, Flint is not the only drinking water crisis in Michigan. Just 100 miles north of Flint, another community I represent, Oscoda, is also in crisis. Oscoda is home to the former Wurtsmith Air Force base, where pollution from the military base –– in the form of dangerous PFAS chemicals –– has now contaminated surrounding groundwater people drink in their homes. PFAS chemicals aren’t just a Michigan problem. Across the country, these same dangerous chemicals are being found around manufacturing plants and other military bases, threatening the drinking water of millions of Americans.

The communities I represent know what happens when government puts corporate profits ahead of the health of people. These water crises are a lesson about a failed philosophy of government that puts dollars and cents ahead of people.

Flint and Oscoda are warnings to the entire country.

The crisis is stark and only growing. One study found that 18 million Americans across the country were being served by water systems with serious lead violations. Nearly half of all U.S. rivers are too polluted to support healthy aquatic life. And about 40% of all lakes and rivers in America are too polluted for fishing. Algal blooms aren’t just plaguing the Great Lakes, they’re also damaging tourism in places like Florida. Scientists have long predicted that climate change will exacerbate the problem.

It’s been nearly 50 years since the creation of our country’s major environmental protection framework, including passage of the Clean Water Act. These federal initiatives helped pull us back from the brink of environmental disaster, but since then our vigilance has waned.

The Lead and Copper Rule, which regulates lead in drinking water, has not been updated in more than 25 years. And while the Trump administration has repeatedly said it would update the rule, they have failed to act.

President Donald Trump’s EPA has also delayed action to address PFAS chemical contamination. They are putting public health at risk, by refusing to crack down on polluters and to impose federal drinking water standards.

Trump's administration has also repeatedly proposed cutting funds for the Great Lakes Restoration Initiative, which helps to protect almost a quarter of the world’s freshwater from pollution and invasive species. Without healthy lakes, Michiganians lose drinking water and many jobs.

The next president must be prepared to act on day one to protect our environment and ensure clean drinking water. Michiganians, and all Americans, deserve to hear detailed plans from each candidate on what they would do different from the Trump administration to protect public health.