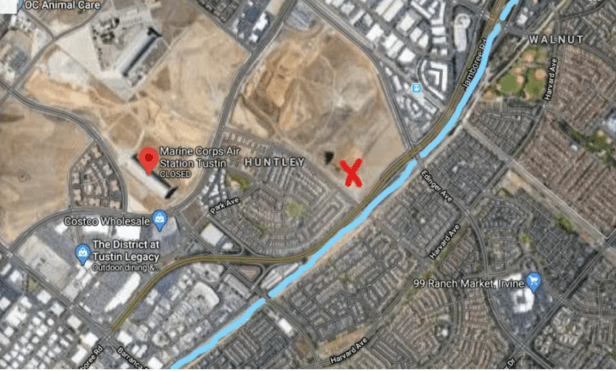 “Orange County, California water districts are considering a massive lawsuit over PFAS contamination of the water supply, although they’re not likely to target the largest polluter – the US military.  Instead, they’ll probably go after 3M and DuPont and a handful of other companies that manufacture PFAS products. The municipal water folks, who have been serving PFAS-tainted water to the public for years, are now faced with a $1 billion clean-up bill and they are looking for someone to pay for it.

In any case, suing the Department of Defense for damages is a dead end. The feds will simply file a claim of sovereign immunity, meaning they reserve the right to poison municipal water systems and there’s nothing county residents and the water utilities can do about it.  So, it is understandable why California water service providers are going after the manufacturers – rather than the largest polluter. Without a successful lawsuit, people will see their household water bills increase dramatically!

The chemicals are known to contribute to testicular, liver, breast, and kidney cancers, as well as a host of childhood diseases and abnormalities in the developing fetus.  PFAS are bio-accumulative and they don’t break down, hence their label: ‘forever chemicals.’

71 of the 195 wells in Orange County’s primary groundwater basin will likely be forced to close by the end of this year due to new regulations that lower the allowable threshold for PFOS and PFOA, (two types of PFAS) in drinking water.

California now limits drinking water to 40 ppt for PFOS and 10 ppt for PFOA.  If water exceeds either threshold, the source must be either shut down or treated.  The EPA  has established a weak lifetime health advisory (LHA) of 70 parts per trillion for PFOS and PFOA combined.  An LHA refers to a concentration that is not expected to cause adverse health effects over a lifetime of consistent daily exposure at that level. Some states, like Vermont, have established a standard for a combination of PFAS chemicals. The sum of five PFAS  –  PFOA, PFOS, PFHxS, PFHpA and PFNA may not exceed 20 parts per trillion in the Green Mountain State.  Meanwhile, public health officials warn people not to consume water containing more than 1 ppt of any type of PFAS per day.

‘PFAS’ is an abbreviation for per- and poly fluoroalkyl substances, which are toxic chemicals used in a host of products like Scotchguard and Teflon. PFAS is contained in aqueous film-forming foam (AFFF) used in firefighting foam by military and civilian firefighters.

The DOD, a heavy user of PFAS in Orange County, has not been mentioned as a possible co-defendant in press reports.  More than a dozen local news sources and magazines have reported on Orange County’s PFAS-contaminated water without mentioning the military.

The role of the military in PFAS contamination in Orange County

51% of the contamination was caused by either PFOS or PFOA, while the remaining 49% were from other varieties of PFAS. See the California water data here.

Orange County’s Tustin Marine Corps Air Station has contaminated one well with 770,000 ppt of PFOS/PFOA. The DOD data from Tustin, a base that closed in 1999, only includes information on two types of PFAS chemicals –  PFOS and PFOA. If the roughly 50-50 split between PFOS/PFOA and other PFAS contaminants found in 308 wells tested throughout the state is any indication, Tustin may be responsible for PFAS contamination at levels above 1.5 million ppt, making it one of the most severely  contaminated areas anywhere in the world.

People who drink from private wells within several miles of the base, especially south and west, where the groundwater flows, should be especially cautious. Health professionals warn the public not to consume more than 1 ppt of PFAS per day. Much of the PFAS moves off base via the Peters Canyon Channel that traverses the county. Motorists in California are accustomed to seeing these open-concrete water carriers like the Peters Canyon Channel that are sometimes barely a stinking trickle and other times, a raging flash of poisoned brown water…”